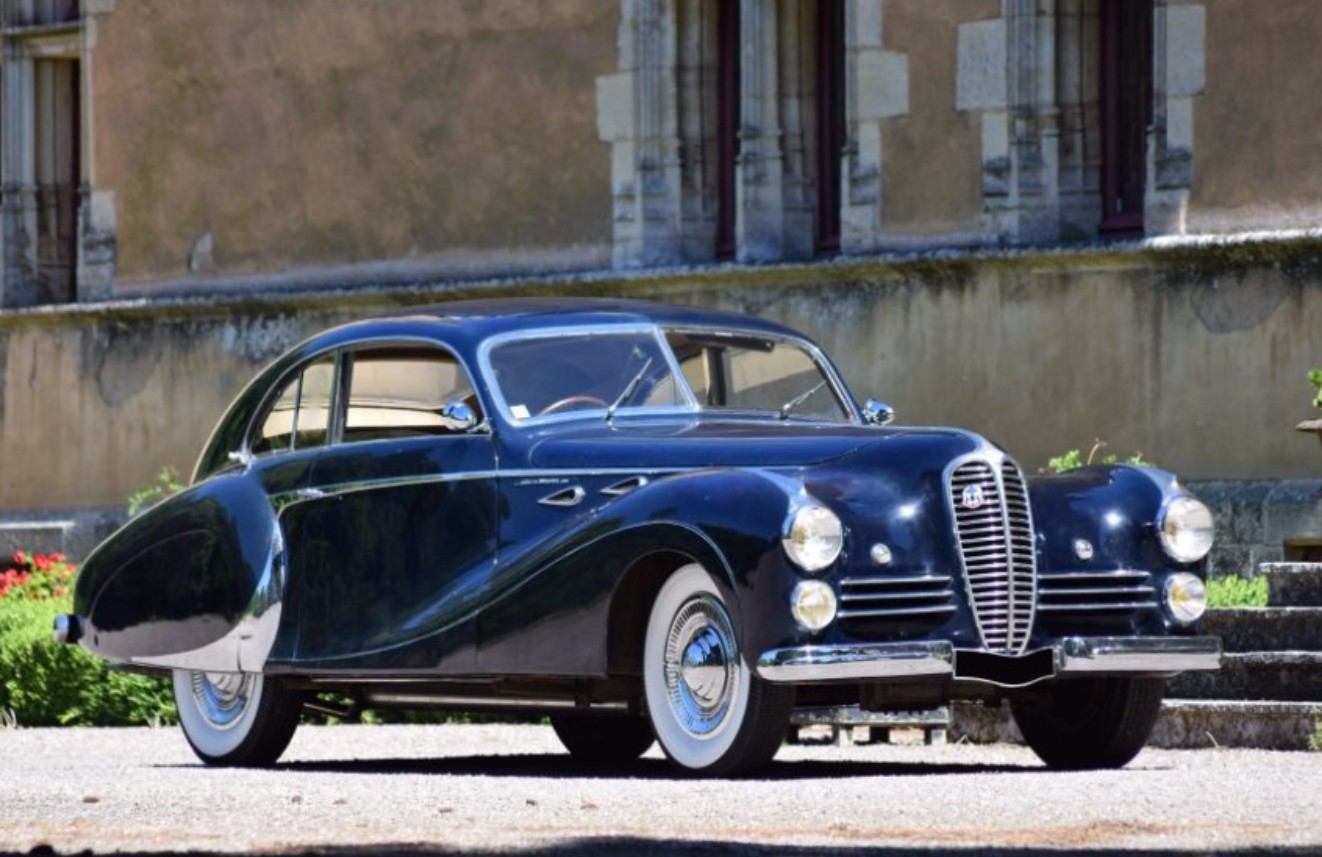 The Delahaye 148 was a long-wheelbase version of the 135M. It wasn’t as sporty, but that doesn’t mean they still didn’t garner incredibly crafted bodies from France’s finest coachbuilders. Because it is a derivative of the 135M, the 148 is powered by a 3.5-liter straight-six. Power depended on the number of carburetors and this is likely a 115 horsepower car.

Saoutchik built some of the most exotic bodies for old cars and this windswept two-door fastback fits right in with what they’re known for – in fact, it was shown on their stand at the 1950 Paris Motor Show. The current owner has had it since 1970 and while he kept it in running order, he drove it sparingly. It shows just less than 19,000 original miles. It’s all-original and should bring between $750,000-$1,050,000. Click here for more info.