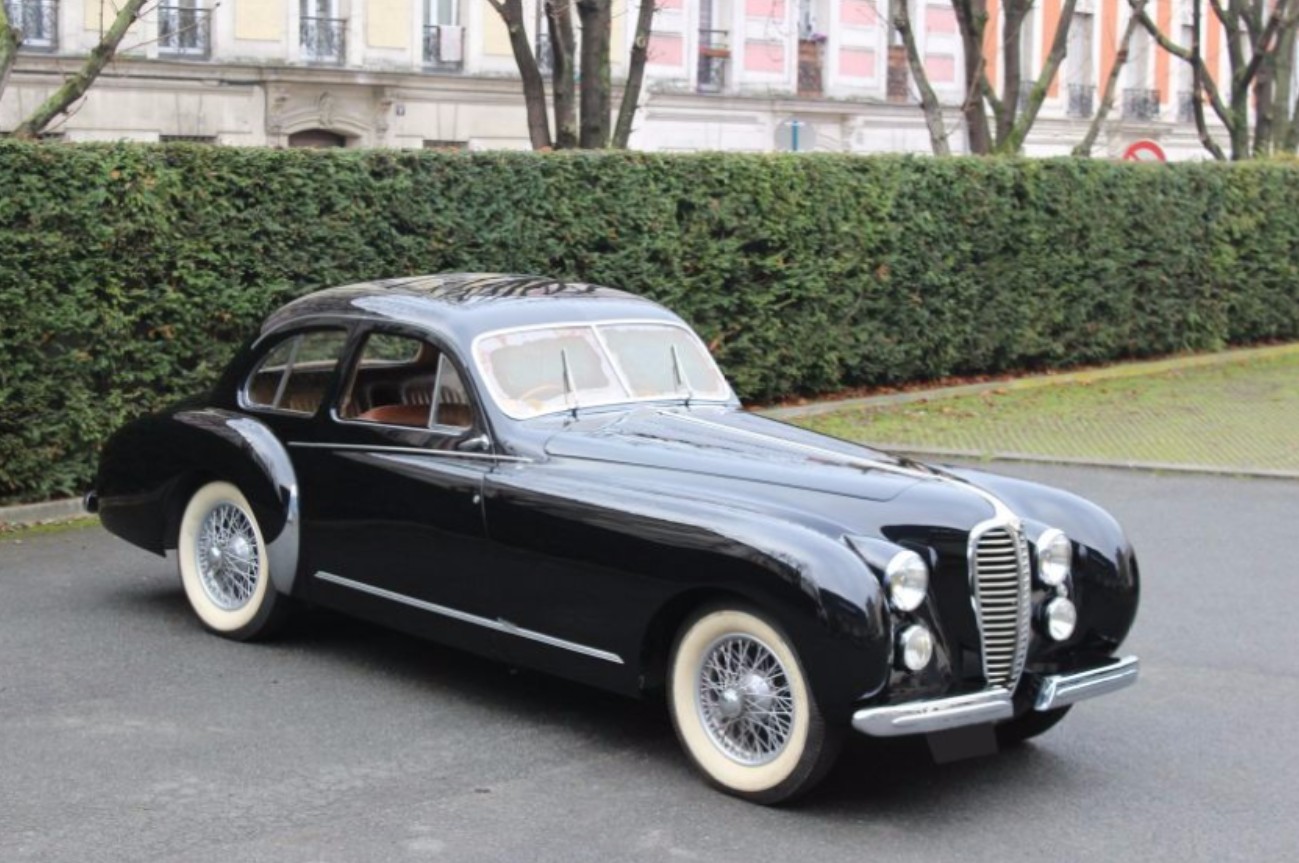 With the 135M spanning both sides of the second World War, you see designs that vary pretty wildly between early and late cars – especially since each of them were bodied by a professional coachbuilder. In this case, it is Carrossier Louis Dubos of Neuilly-sur-Seine, France. It’s powered by a 3.6-liter straight-six.

Remarkably, this car has been owned by the same family since 1959. The restoration dates to the latter half of the 1990s, and has been driven only a few times since 2000, thus will require a thorough inspection before being declared roadworthy. The other four Delahayes we featured are all quite pricey, but this attractive and usable example will likely sell for between $75,000-$105,000. Click here for more info and here for the rest of Artcurial’s auction lineup.