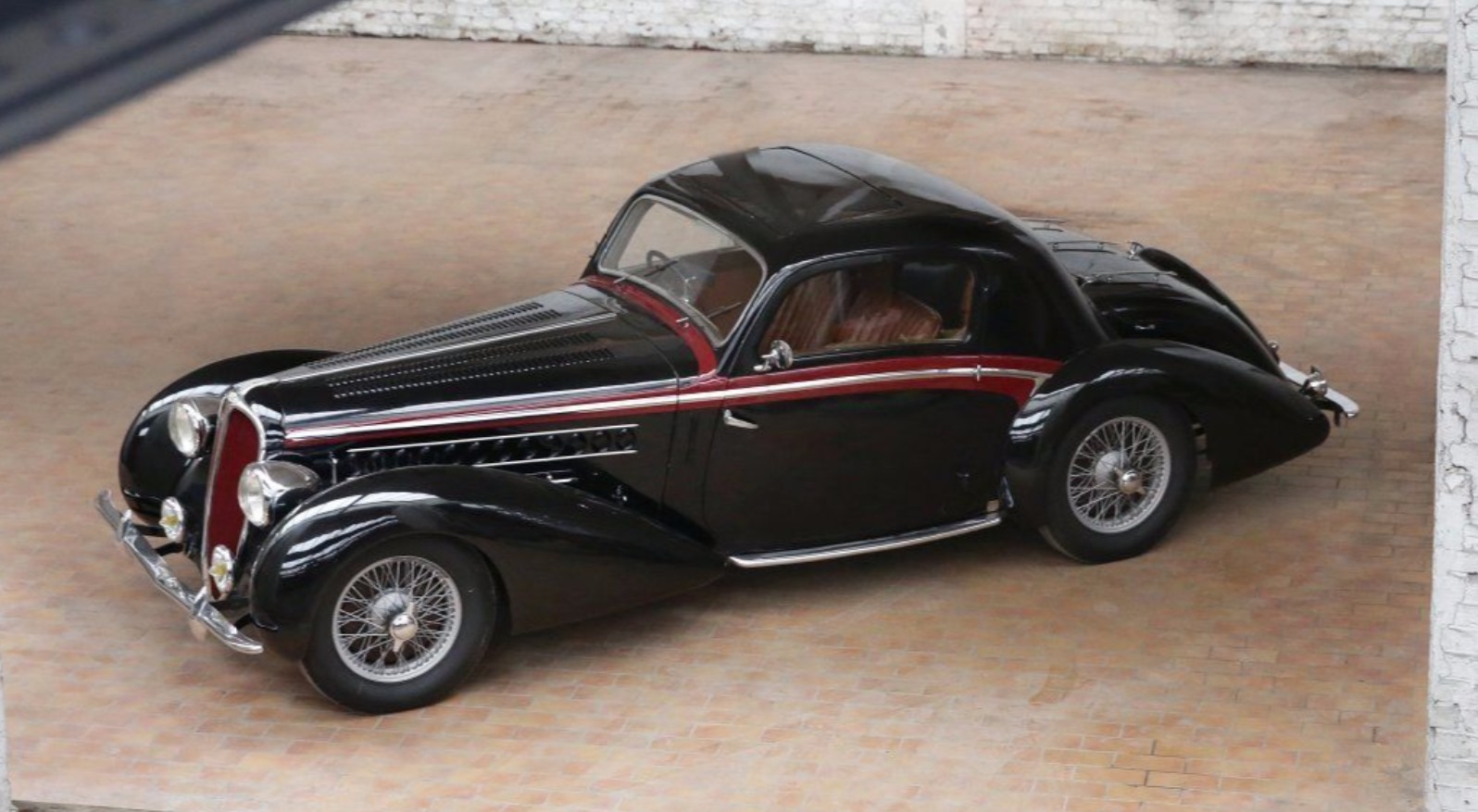 The 135M was built on both sides of World War II and it was basically a standard 135 with a better engine. In this case, that engine is a 3.5-liter straight-six, which, depending on carburetor setup, put out 90, 105, or 115 horsepower. This car is a 115 horsepower variant. This example was one of two ordered new from Chapron by a man from Algeria and its early history is not known.

It reappeared in Luxembourg sometime before 1986 and passed between owners before being liquidated as part of Evert Louwman’s purchase of the Rosso Bianco collection. Presented as an all-original car with “refreshed paintwork,” this car should sell in the neighborhood of $425,000-$635,000. Click here for more info.