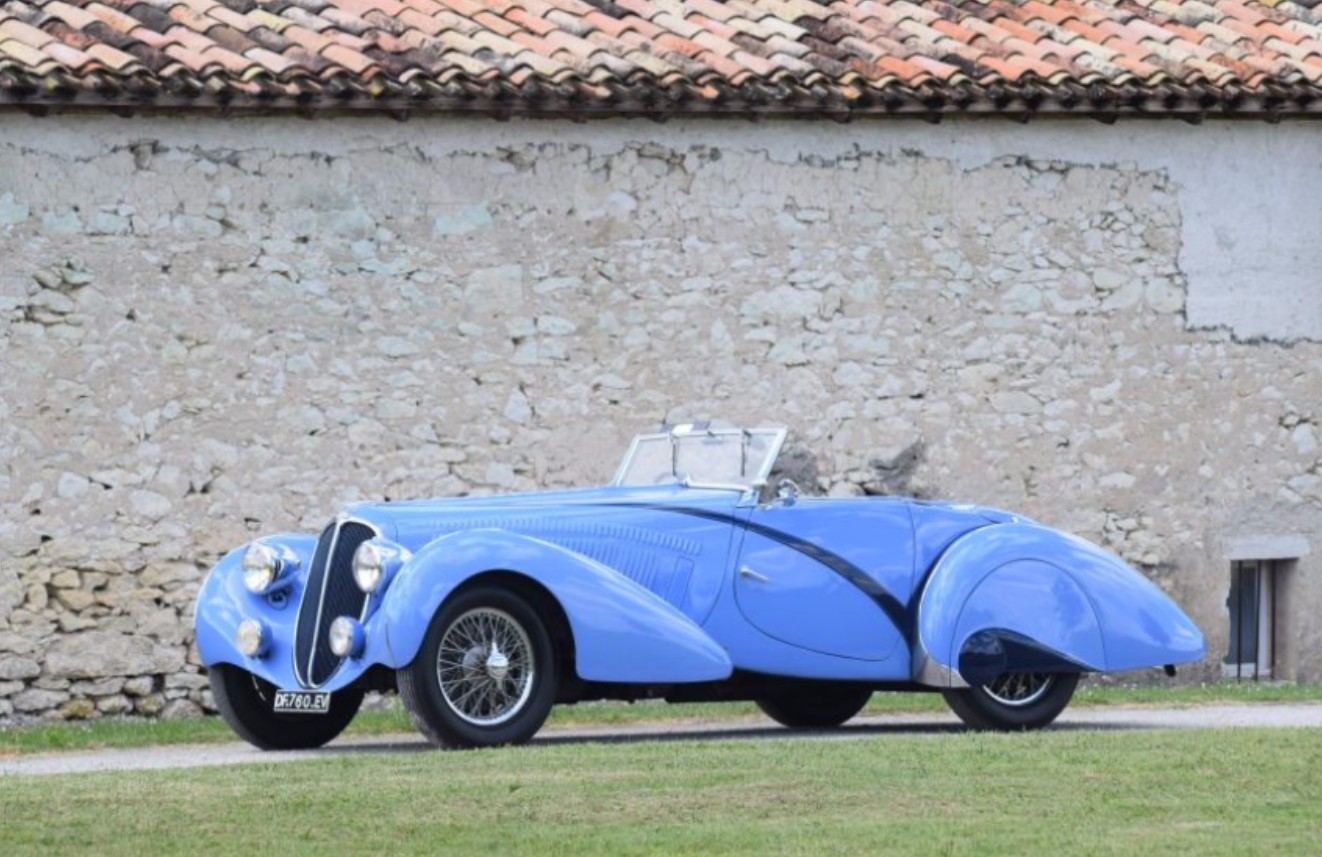 The Delahaye 135 was the first model in a series of cars that would be built from 1935 through 1954 (with some time off for the War, of course). The 135 would be offered in a few different forms, but the Competition Court was the top-of-the-line model. The engine in this car is a 3.8-liter straight-six, which is not original to this car (it would’ve had a 3.5-liter unit when new).

It rides on a Competition chassis (which was sort of discovered by its most recent owner when the car was restored). It originally featured a Faux-Cabriolet by Figoni et Falaschi, but it was converted to a full cabriolet by the same guy who swapped the engine – but the design stays true to the original. This is one of six 135 Competition Court cars that originally sported a Figoni coupe body (here’s another). It’s a beautiful car with a good story (like how it was hidden from the Nazis) and it should bring between $1,275,000-$1,900,000. Click here for more from this sale.