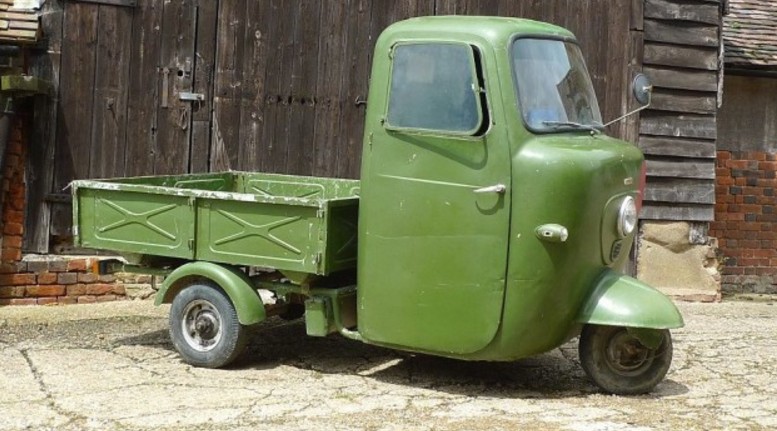 Innocenti’s fame stems mostly from their line of Lambretta scooters that sold like crazy in Italy after WWII. They built a lot of cars too, but the Lambretta name is more well known than Innocenti’s. The first three-wheelers were badged as Lambrettas but later trucklets (there were vans too) were called the Innocenti Lambro.

This pickup model has a 175cc single-cylinder engine making 7 horsepower. This vehicle is listed in the auction catalog as a “circa 1960 Innocenti Lambro”, which, when coupled with the engine size, raises some questions. If it’s truly an Innocenti Lambro, it would be a Lambro 175 model, which was built from 1963 through 1965. There were also Lambretta-badged pickups with a 175cc engine built from 1959 through 1963. The real giveaway is the badging on it which clearly makes it a Lambretta Li 175, likely a Series 2 model at that. Top speed is 38 mph in case you’re hellbent on setting land speed records.

These aren’t seen too often today (especially outside of Italy) and this one, which is kind of rough, should sell for between $1,875-$2,500. Click here for more info.