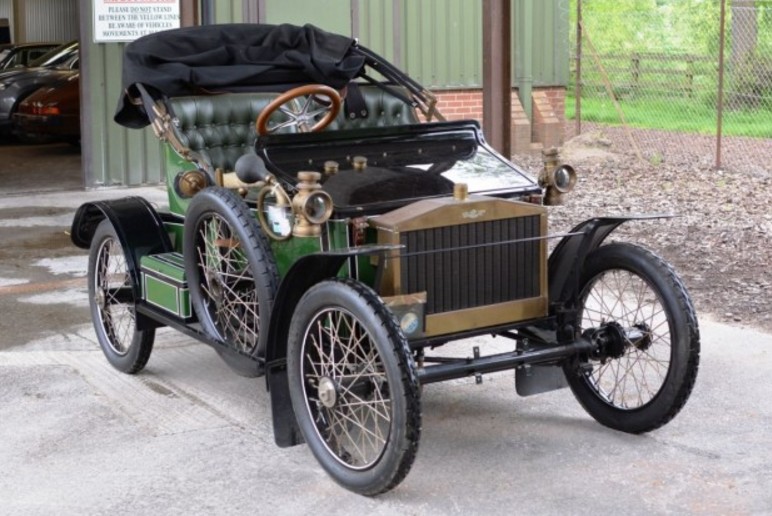 In 1896, William Riley Jr. bought and renamed the Bonnick Cycle Company and began building bicycles under his own name. In 1898, his 16-year-old son Percy built his first automobile, which is pretty incredible. William wanted no part of this, so Percy and two of this brothers started their own company in 1902. Four-wheeled vehicles first appeared in 1905, making this one of the first Riley cars ever built. The last Riley car was sold in 1969 and BMW owns the dormant marque today.

Powered by a nine horsepower, 1.0-liter V-twin, this early Riley is thought to have been sold new in New Zealand. It wasn’t until 2009 that it returned home to England. Its restoration was completed over a 30 year period (!) that ended in 2004.

Only three 1905, 9HP Rileys are known to exist and with the lack of records kept, this could be the earliest known survivor. It could even be the first Riley built. It does run and drive and is being sold with its own covered trailer included. It should bring between $57,000-$63,500. Click here for more from this sale.