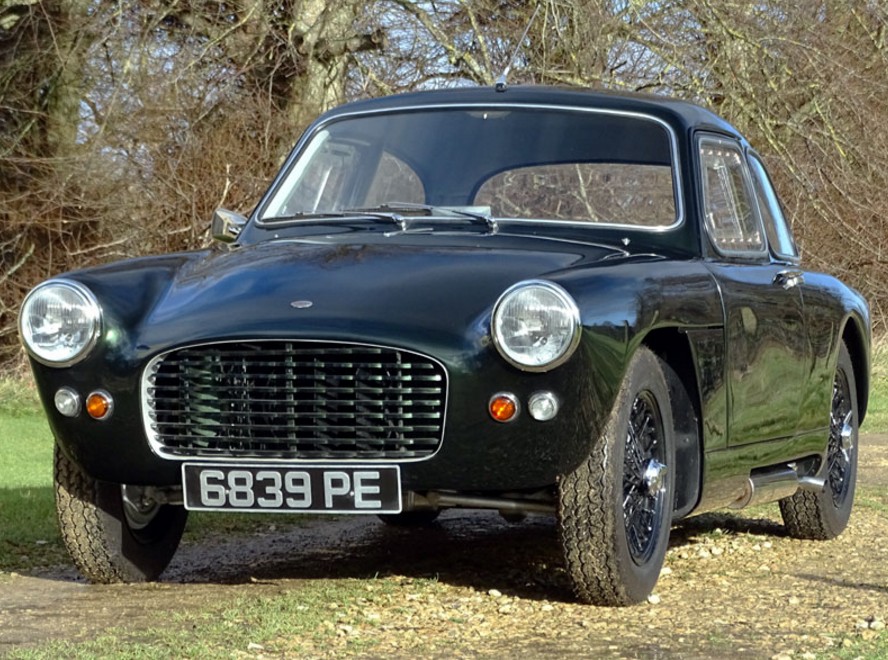 Almost every car built by John Tojeiro is a one-off. If he built cars in a series, it was usually a short series. Born in Portugal, Tojeiro built cars in England in the 1950s and 60s. Just about all of them had a race-focused purpose, but some of them were street-legal too.

This diminutive Climax-powered Coupe was built when Tojeiro was asked to build a spaceframe chassis for a performance car by a client. The body was from Wakefield & Sons and the client put some 20,000 miles on it. The engine is a 1.1-liter Climax straight-four. Horsepower could be anything, as those Coventry-Climax engines were produced in so many varieties that I can’t pin this one down based on just displacement alone and who knows how it was tinkered with when the car was assembled.

The current owner acquired this car in 2009 and had it restored to as-new condition. It’s covered just 38,000 miles since its inception and is the only one like it. The pre-sale estimate is between $83,000-$96,000. Click here for more info and here for more from this sale.

One thought on “Tojeiro-Climax Coupe”