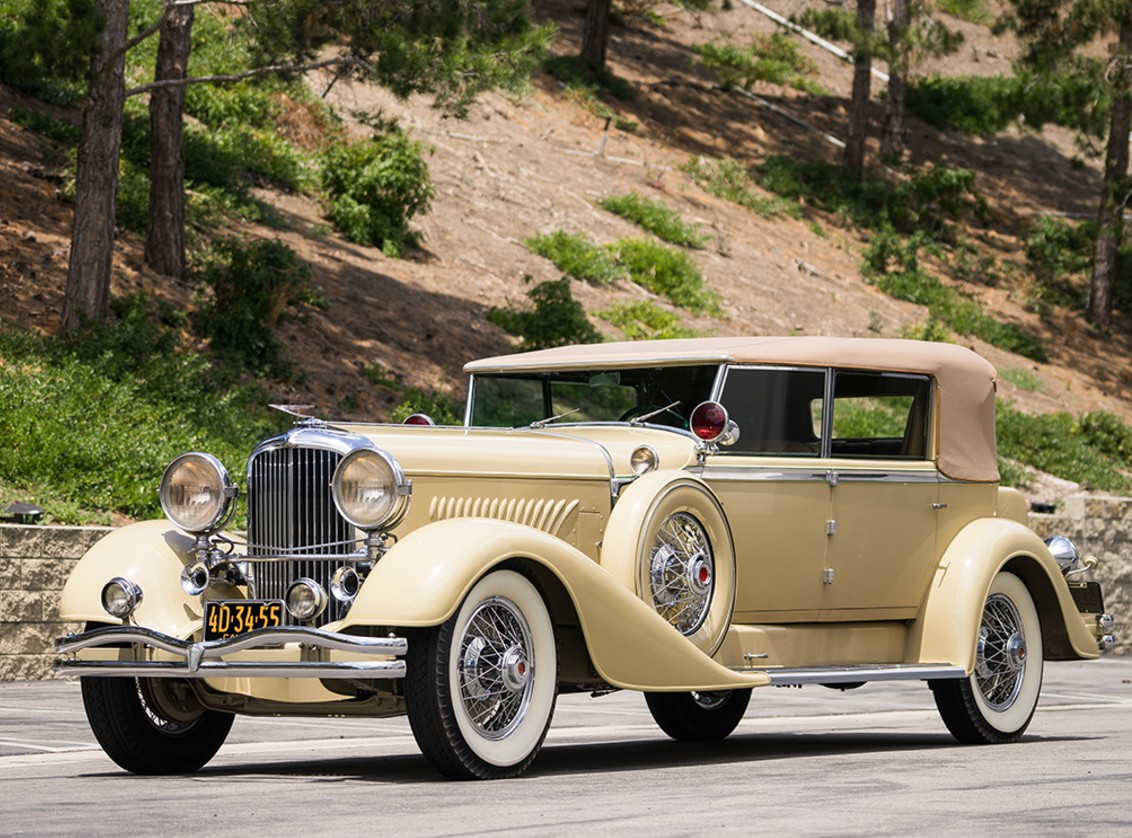 To the knowing eye, it seems like this 1929 Model J is actually a little newer than it’s listed as being. Most 1929 Model Js are a little boxier and this one seems… well-rounded and a little smoother. That’s because the coachwork was updated in period by Bohman & Schwartz, the coachbuilder who did a lot of Duesenberg updating in the mid-1930s.

The Model J was built between 1929 and 1937… though the last engines and chassis were all built prior to then as it was difficult to sell the most glamorous automobile in American history at the height of the Great Depression. All Model Js were speedy, powered by a 265 horsepower Lycoming 6.9-liter straight-eight.

This numbers matching car was ordered new by an heir to the Singer sewing machine fortune. Bodied by Murphy with some one-off features, the coachwork was updated by Bohman & Schwartz in 1934 at the owner’s request. The second owner acquired the car in 1959 when it showed an impressive 66,000 miles. Well cared for its entire life, this car should bring between $800,000-$950,000 at auction. Click here for more info and here for more from this sale.