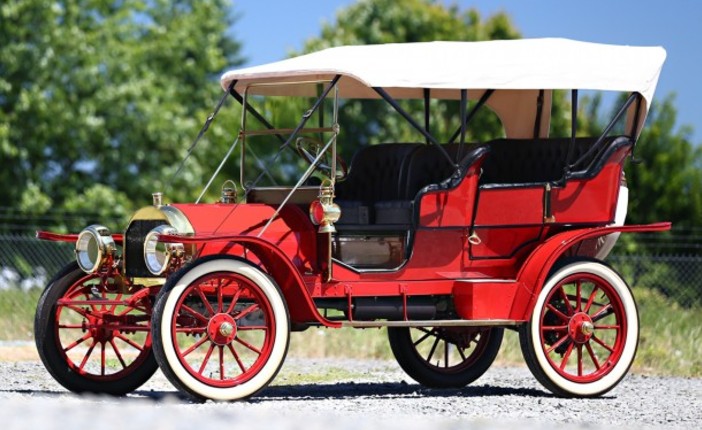 Maurice Wolfe, a car dealer in Minneapolis, lent his name to this automobile, which was produced by the H.E. Wilcox Motor Car Company. The company was founded by Wolfe and brothers John F. and H.E. Wilcox. It built a few hundred cars between 1907 and 1909.

For the first two years of Wolfe production, their cars used a 24 horsepower straight-four engine from Continental. Only Five-Passenger Tourers were offered, though in 1909 you could get a four-passenger Roadster. When new, this car commanded a price of $1,800.

After 1909, the Wolfe became the Wilcox, which lasted through 1911. Maurice Wolfe moved to Indiana and built the Clark and Meteor automobiles. This car is one of about 30 built in 1907 (an additional ~170 cars would be built between 1908 and 1909). Restored in 2010, it is in running condition and is being sold to benefit a cancer research center in Seattle. It should sell for between $50,000-$70,000. Click here for more info and here for more from this sale.