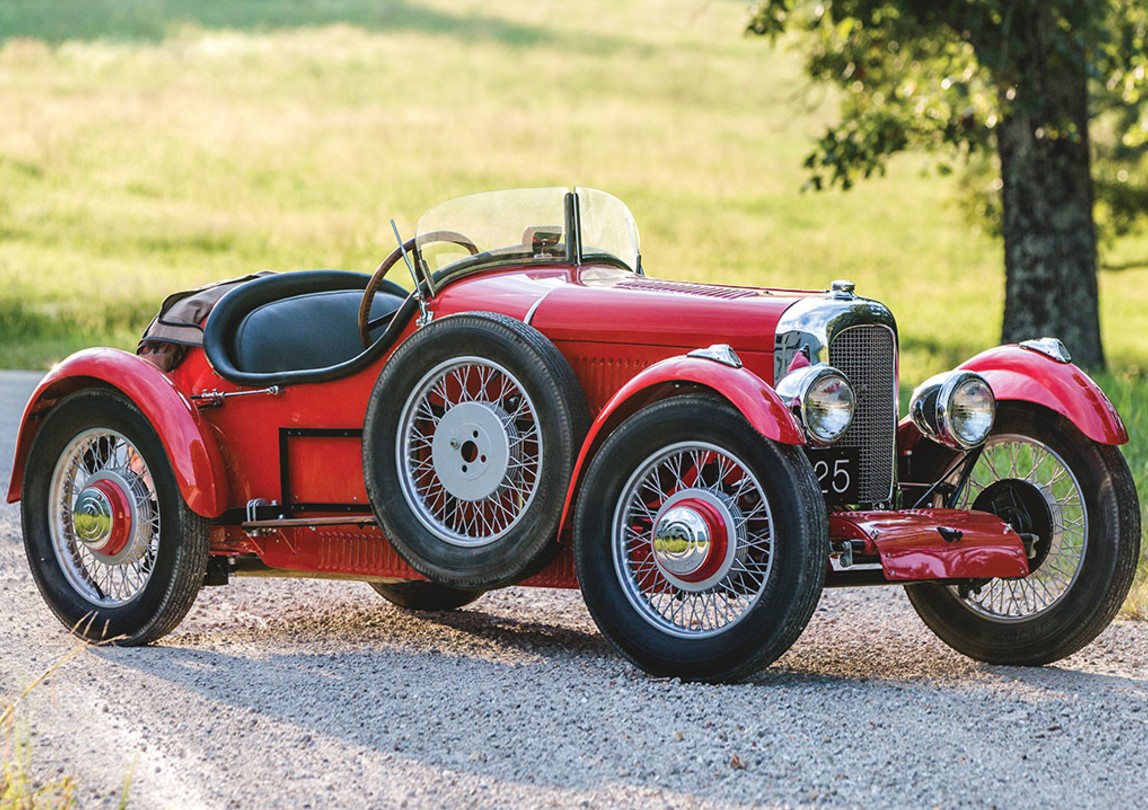 Derby (pronounced dar-bee, because, you know, Europe) was an automobile manufacturer based in Courbevoie, France, between 1921 and 1936. It is not to be confused with the “Derby Bentleys” – which were Bentleys produced at a factory in Derby, England. This French company was founded by Bertrand Montet and the first cars were powered by v-twin motorcycle engines.

This car is powered by a four-cylinder engine and was sold alongside at least three other models, some of which featured six cylinders. Bertrand Montet died in 1928 and the company stood on shaky ground thereafter. Toward the end they were producing V-8 powered front-wheel drive cars.

Production never gained enough steam to build any significant amount of cars. The company’s biggest years were in 1925 and 1926 when they built around 200 cars annually. Only about 50 survive worldwide today, with only a handful in the U.S. This sporty roadster is an comparatively affordable alternative to racy French cars from the likes of Bugatti, Rally, B.N.C., and Amilcar. To see more, click here. And to see more from RM Sotheby’s, click here.

One thought on “Derby Roadster”