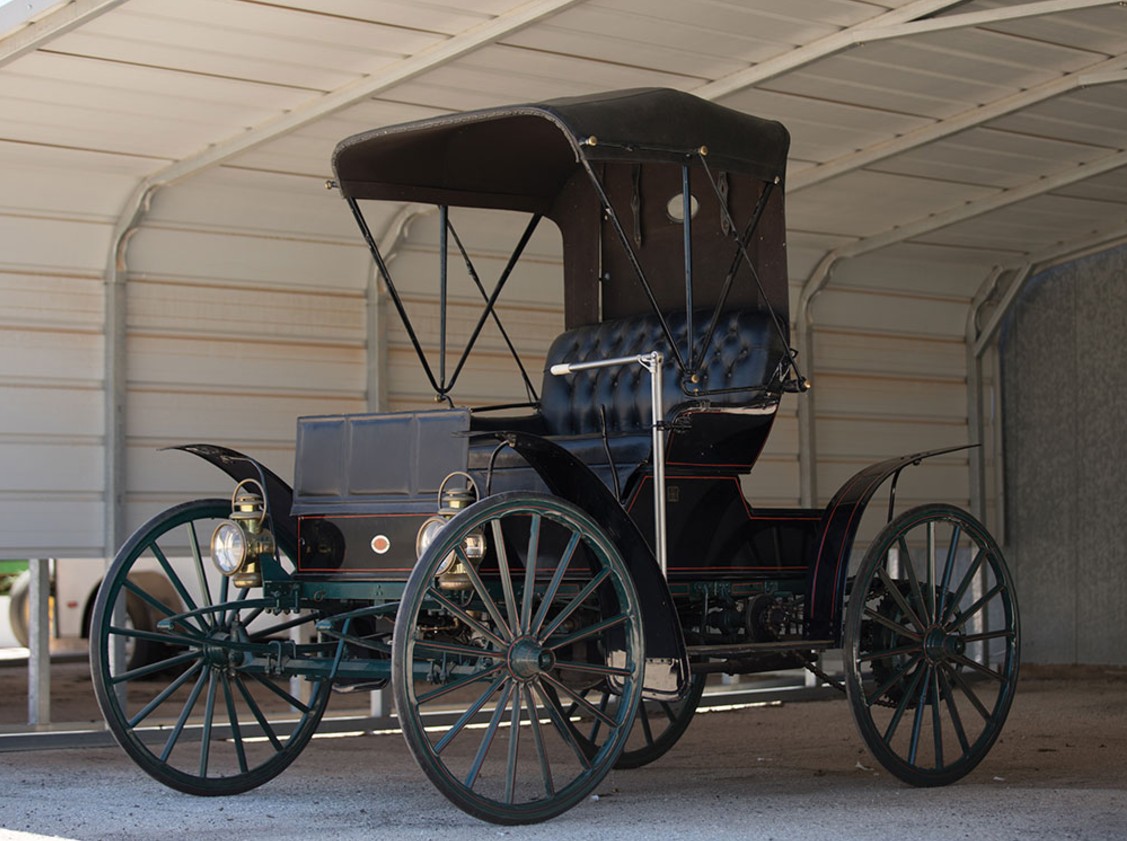 If you think it’s crazy that people ordered a car from a catalog, it isn’t – people buy cars sight unseen on the internet every day. And don’t worry, Sears had a 10-day return policy on their rugged automobiles. Sears sold cars between 1908 and 1912 and most of them looked pretty similar, but there were a number of different models.

This Model J looks similar to this Model H we’ve featured before. It, like all other 1909 Sears motor buggies, is powered by a 10 horsepower, flat-twin. What separates the J from lesser models is the fact that it has running boards.

When new, this car cost $395 – or roughly 51 shares of modern day Sears stock. They sold nearly 3,500 cars in that five model year period and quite a few are still around as they were relatively well-built and sturdy. Unfortunately, the entire experiment was a financial failure for Sears. You can click here for more info on this car and here for more from this sale.