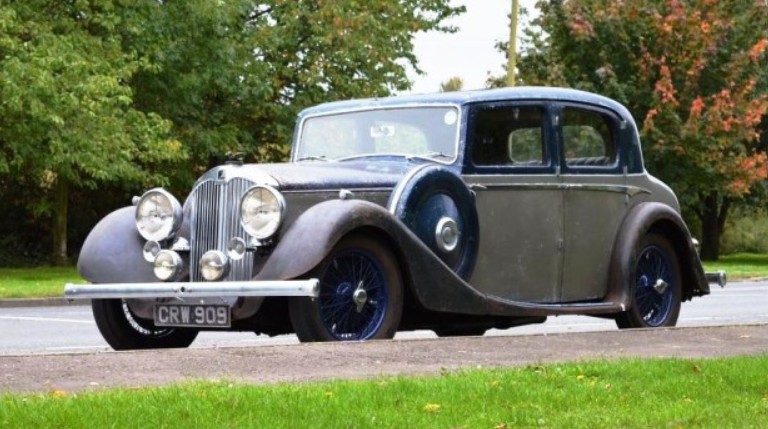 It took me a while to figure out it, but no, the picture is not blurry – it’s the paint on the car. It’s not a bad thing, this car has serious patina. And you won’t find a better one anywhere on the market, because this is the only Autovia on the market. It’s only the second one to come up for sale since 2013.

Autovia was founded in 1935 as a subsidiary of Riley. It was created to build fancy cars to compete with the other big British names of the day. This car sports a four-door body from Mulliner, one of the preferred coachbuilders for Bentley and Rolls-Royce. Unfortunately, there wasn’t much room for another luxury marque in Britain during the 1930s. Riley went bankrupt and was absorbed by another company and Autovia was dissolved in 1938, after barely a year of production.