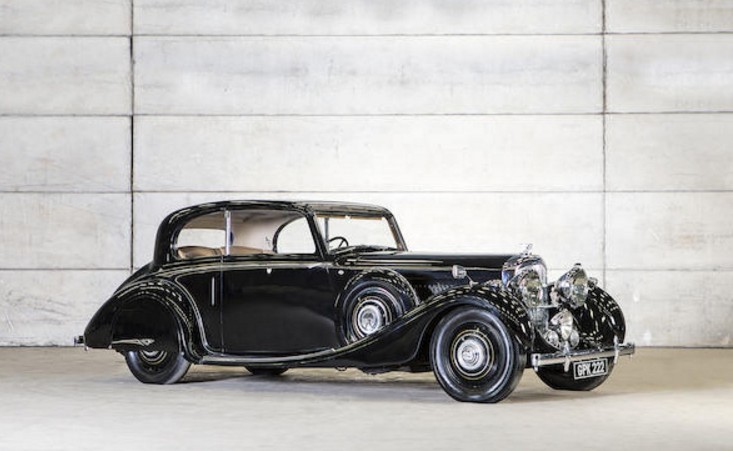 For being the fans of coachbuilt cars that we are, we really don’t feature enough Rolls-Royces or Bentleys. The Bentley 4¼ Litre began life as the Bentley 3½ Litre in 1933. It was the first new Bentley introduced after Rolls-Royce had acquired the company. The engine enlargement occurred for the 1936 model year.

The engine, obviously, is a 4.25-liter straight-six making about 110 horsepower, even though the power was not advertised. All 4¼ Litre Bentleys were coachbuilt and this one features a two-door “high vision” body from H.J. Mulliner.

The original owner of this car also owned five other 4¼ Litre cars from new – the most of anyone. The current owner acquired the car in 1993 and it is not known when the car was last used, so it will require a little work to make it roadworthy, but it shows great. Total production of the “Derby” Bentleys (what the 3½ Litre and 4¼ Litre cars were referred to) measured 2,442 units – 1,234 of those had the larger engine. This one should bring between $91,000-$120,000. Click here for more info and here for more from this sale.