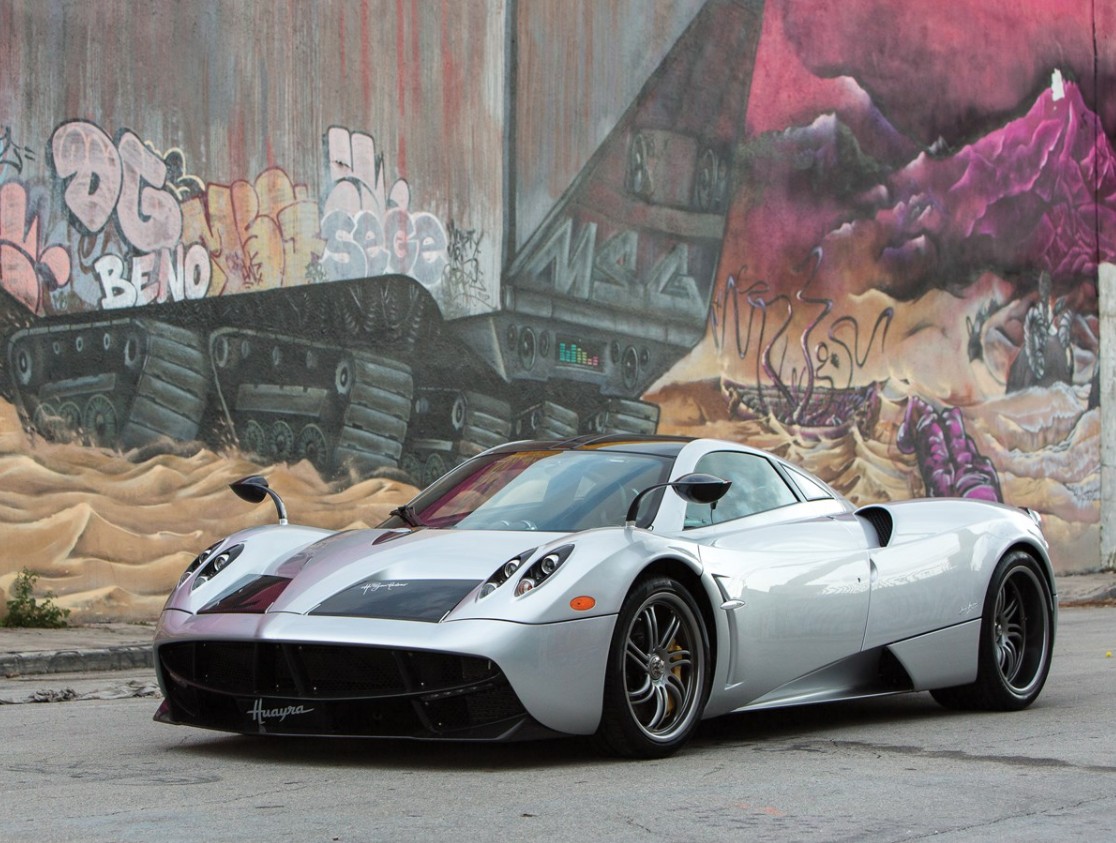 The vowel-laden Huayra is Pagani’s most recent model, going on sale in 2012. Only 100 coupes were built, with a Roadster version supposedly going on sale this year. That means, if you buy this car, you will own 1% of all Pagani Huayra Coupes.

Horacio Pagani‘s engine deal is with Mercedes-Benz’s AMG division and they supply the 6.0-liter twin-turbo V-12 that sits behind the driver. Horsepower is rated at 720 and the top speed is 238 mph. This 4,900 mile example is #78 of the 100 built. Huayras feature gullwing doors and active aerodynamics that make it a supercar that can do more than just fly in a straight line.

Pretty much each example was built-to-order and no two are quite alike. This one was delivered new to San Francisco and is being sold by its first and only owner. Costing around $2,000,000 when new, this is (I think) the second one to come up for auction (Gooding & Company has another one in Arizona this coming January and RM had one a few months ago in Monterey). The estimate is $1,900,000-$2,300,000… so with the as-new price in mind, it will be interesting to see if this brings a solid return on investment. Click here for more info and here for more from this sale.