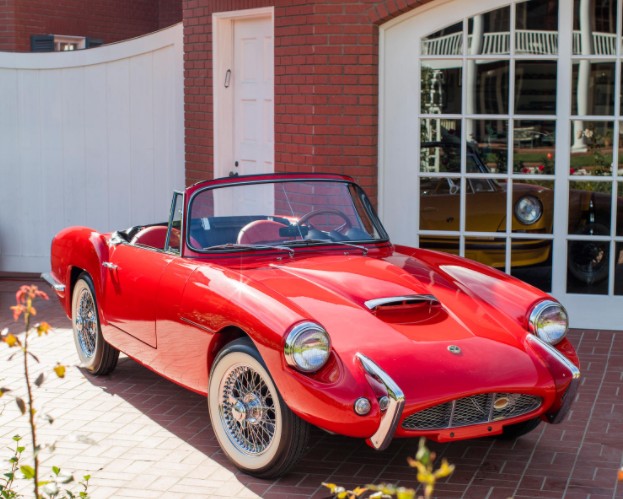 The Sabra was Israel’s first and only sports car. Built in limited numbers by Autocars Co. Ltd of Haifa, the Sabra Sport was built alongside a few Autocars-branded models that were a little more ordinary-looking. The design of the Sabra was accomplished by Autocars purchasing the rights to the Ashley kit car.

The body is fibgerlass and it was built by Reliant, who actually ended up building the first 122 cars in England. They themselves built a version of the Sabra as the “Sabre” under their own marque. This is one of those “Israel-by-way-of-Tamworth, England” cars. It was delivered new to a Sabra dealer in the U.S.

The engine here is a 1.7-liter Ford straight-four making 61 horsepower. You could buy these in Coupe form as well. Only 379 were built between 1961 and 1968, including both the drop-top and hard-top models. Autocars Ltd actually lasted into the 1980s.

This car was never sold by that Florida dealer and was instead put in storage. It was discovered in 2000 with just 40 miles on it (!). It Completely restored thereafter, it has covered just 650 miles since new. It’s incredible. This example should bring between $50,000-$70,000. Click here for more info and here for more from Bonhams.