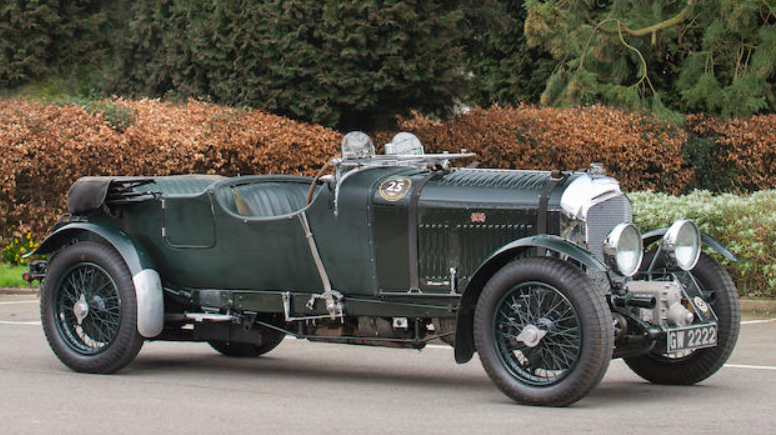 The first Bentley was the 3-Litre model. In 1927, W.O. Bentley increased the displacement of the car and it became the 4½-Litre (the larger 6½-Litre was already on sale). These cars competed at Le Mans with the legendary “Bentley Boys” at the helm. One of them won it in 1928.

Then in 1929, Bentley and one of his engineers, Amherst Villiers, strapped a supercharger to the 4.4-liter straight-four. The Blower Bentley was born and it was an instant legend, setting several speed records. Horsepower jumped to 175 compared to the 110 from the normal car. Speeds of 100 mph were easily achieved, even on open roads.

This car originally carried a sedan body – one of three such cars delivered. Bentley had to homologate this model for racing, so 50 had to be built (and they were). This was the last of the first batch of 25 cars. The second owner wrecked it in 1935 and when Bentley rebuilt it, the engine was split from the car and fitted to a 3-Litre chassis. In 1984, the owners of the car decided to put it back the way it was supposed to be.

They sourced as many of the original parts as they could including the correct engine. It was re-bodied in Vanden Plas Tourer form and the project wrapped up in 1993. With two owners since, this rare and highly desirable Blower Bentley should bring between $2,700,000-$3,300,000. Click here for more info and here for the rest of Bonhams’ lineup.