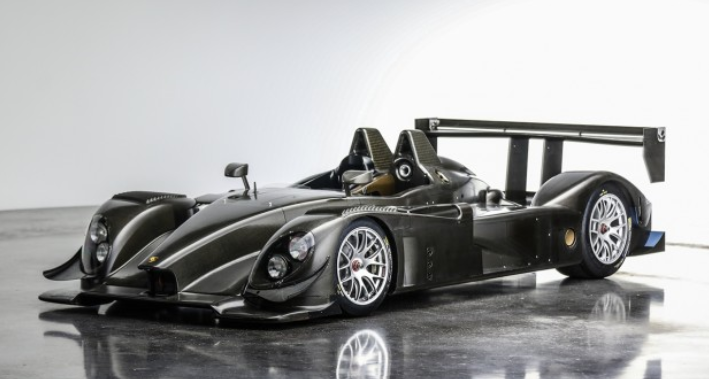 Remember the glory days of the ALMS when Allan McNish and Dindo Capello dominated in the unbelievable Audi R8 and later the R10 TDI? Porsche likes to think of it as, “Remember when we came to the ALMS with an LMP2 car and beat the Audi LMP1 cars week after week?”

The ALMS, or American Le Mans Series, was the premier sports car series in the U.S. between 1999 and 2013 when it was merged into Grand Am and stripped of its identity. Porsche wanted to get back to prototype sports car racing and in 2006 (well, one race in 2005), they teamed up with Penske Racing with an LMP2 car (supposedly slower than LMP1) and came out swinging. They won the ALMS LMP2 crown in 06′ through ’08, beating the Audis outright in more events than they should have.

The Penske cars were bright yellow, wearing DHL sponsorship and the dynamic duo of Timo Bernhard and Romain Dumas seemed unstoppable. The car you see here, wearing its bare carbon fiber birthday suit, was the last of six cars built for the 2007 season. It was to have been campaigned under the CET Solari Motorsport banner – but the team never made it to the track.

So this is basically an RS Spyder that was never driven in anger and comes from a private collection. A 3.4-liter V-8 mounted out back makes 503 horsepower. Porsche only built 15 RS Spyders in total and this is the first to ever come to auction. It carries no pre-sale estimate, but you can read more here and see more from this sale here.