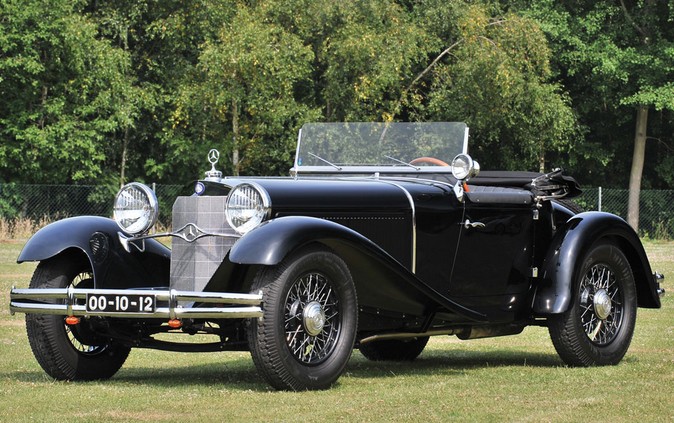 I think this is a very attractive car. I actually like it a little more than I do those swoopy 500K roadsters. This, the Typ Mannheim 370 S was a version of the Mercedes-coded W10 that was introduced in 1929. It uses a modified version of an earlier Ferdinand Porsche-designed chassis and a 3.7-liter straight-six making 75 horsepower.

The 370 S was the fourth iteration of the W10, being produced from 1930 through 1933. It used the shortest wheelbase of all the cars in the series and was only available in roadster or sport cabriolet form. This one was born as a Sport Cabriolet but was converted to a roadster when restored between 2004 and 2006.

Only 195 370 S cars were built in total and apparently only seven of them carry roadster bodies like this. This style of elegant and sporty early Mercedes-Benz is quickly becoming my favorite MB style of all time. I want this triple black 370 S roadster. It should sell for between $1,115,000-$1,480,000. Click here for more info and here for more from this sale.