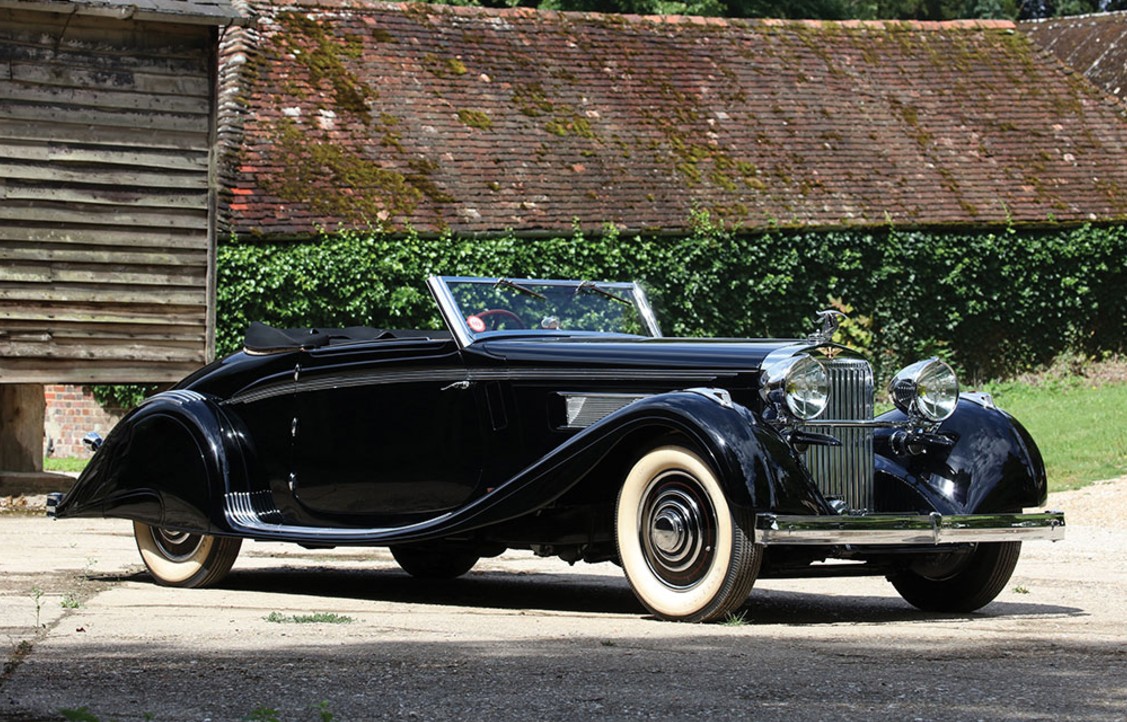 The great Hispano-Suiza began in 1904 in Spain. Over the course of the company’s life, even though its name translated to Spanish-Swiss, it shifted some automobile production from Barcelona to Paris. Most of the big, beautiful, later cars produced by the firm came out of France, including this mighty K6.

This was Hispano-Suiza’s six-cylinder model, powered by a 135 horsepower, 5.2-liter straight-six. Introduced in 1934, it was the replacement for the H6 series of cars that dated to the end of WWI. Hispano-Suiza was building 12-cylinder cars alongside the K6, but the K6 was the final model the company introduced as their automobile production wound up in 1938.

This car carries beautiful, long sweeping body work by Carrosserie Brandone, a coachbuilder that did not body as many cars as some of their French counterparts of the day. Past owners of this particular car include the Blackhawk Collection and Peter Mullin. Only about 70 examples of this model was built and this one is quite imposing. It should bring between $2,060,000-$2,320,000. Click here for more info and here for more from this sale.