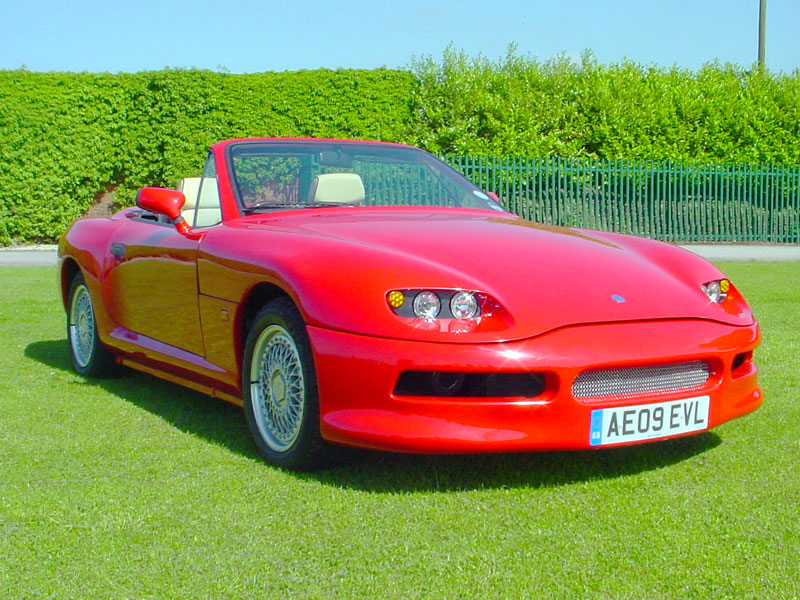 The original AC Ace is a legendary car. Introduced in 1953 with a six-cylinder engine, the Ace would later have a V8 stuffed underhood by an ambitious American and he would call it the “Cobra.” AC loitered around for decades, producing low-volume cars here and there (they still build versions of the Cobra) and in 1993, they revived the name “Ace.”

For the 1998 sales year, AC introduced a second-generation Ace Brooklands. They had just come under South African ownership and much of the car was built in South Africa before being sent back to the U.K. for final assembly. Only about 12 were built before production ran out in 2000.

But parts were still available after that and a handful of cars were assembled using factory spares. This is one of those cars (and it’s referred to as a “Series 3”). It uses a mixture of carbon fiber and aluminium for the body panels and has a 5.0-liter Ford V8 under the hood. Horsepower is around 260. It has 1,100 miles on the odometer and it is rumored that this is the last Ace Brooklands constructed. It can be yours for between $18,000-$22,500. Click here for more info and here for the rest of H&H’s auction lineup.