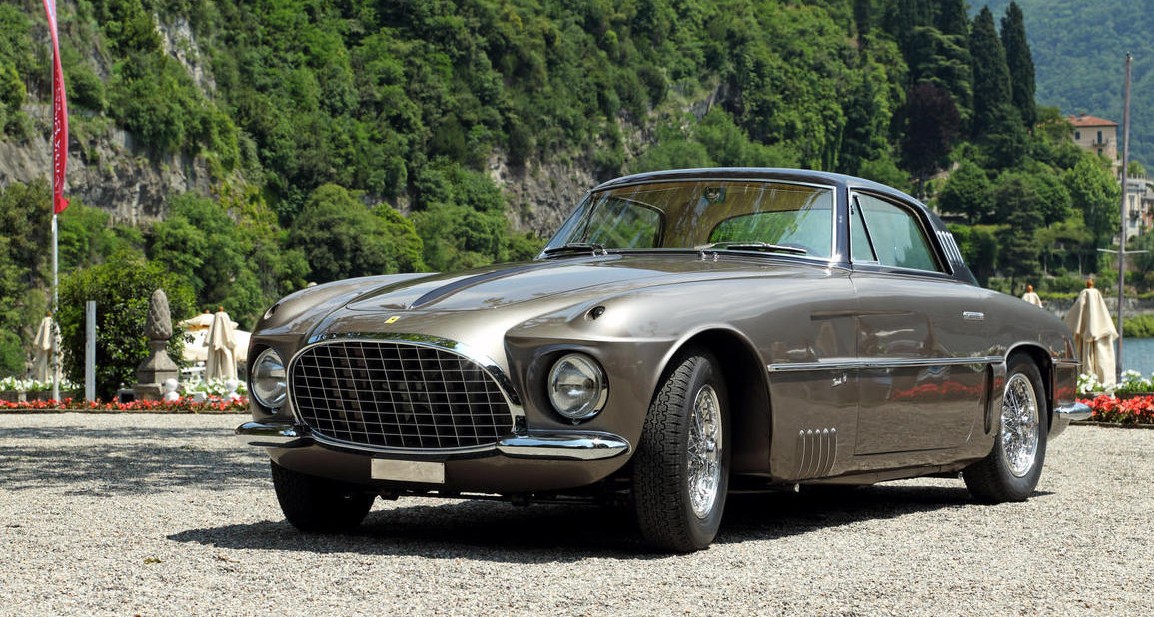 This particular Europa was bodied with a one-off body by Vignale and shown at the 1954 New York Auto Show. It was purchased from Ferrari by Luigi Chinetti – the longtime U.S. importer for Ferrari and the man responsible for introducing the brand to America. He had the car painted red for the auto show. Chinetti owned the car for about five years before selling it. It bounced around and ended up in California – where it was painted purple and a Chevy V8 was installed.

A model-correct, 200 horsepower 3.0-liter V12 is in the car now. The car was bought in unrestored, original and slightly modified/damaged repaired condition in 2004-ish by Tom Shaughnessy, renowned Ferrari rescuer.

In 2009, the car went to its current owner in Switzerland, who painstakingly restored it to the exact look it had on the Auto Show stand in 1954. Only 20 250 Europas were built (not to be confused with the 250 Europa GT). Only one of them has a body that looks like this. It is expected to sell for between $2,800,000-$3,400,000. Click here for more info and here for more from Bonhams’ Quail Lodge Auction.