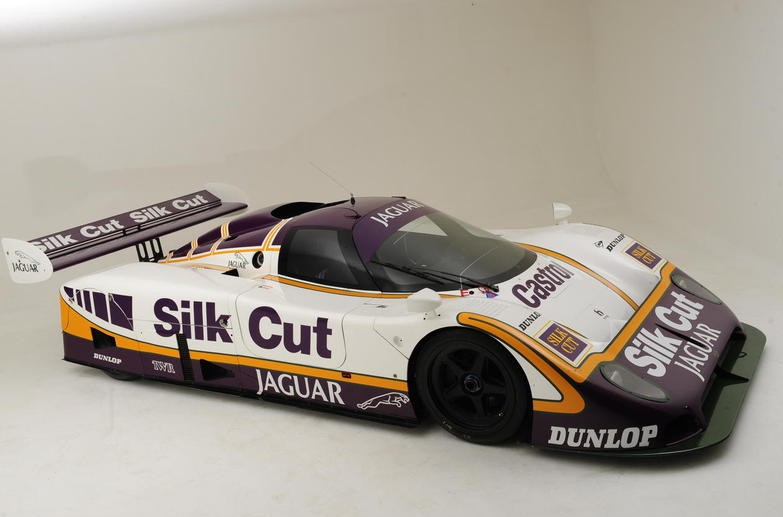 The XJR-line of Jaguar sports racing cars was a nine-year program that Jaguar initiated (with the help of the race car specialists at Tom Walkinshaw Racing) with the aim of dominating both the World Sportscar Championship and the IMSA Camel GTP Series. The cars were impressive – winning Le Mans twice – and the experience led Jaguar to produce two other-worldly road-going supercars: the XJ220 and XJR-15.

The XJR-8 was the fourth iteration and it was focused solely on the WSC. The Silk Cut livery began in 1986 and was a staple of Jaguar endurance cars through the early 1990s. The difference between and XJR-6 and the XJR-8 is mostly engine-related, as they share the same basic structure underneath. The engine is a 7.0-liter V-12 making in the neighborhood of 750 horsepower.

The racing resume of this car includes:

Raul Boesel would go on to win the 1987 WSC Driver’s championship, with TWR-Jaguar winning the Teams Championship. After it’s racing career, the car was acquired from the TWR team by an unnamed racing driver who has owned it since. It has been freshened and is ready to run. Apparently, only four were built (or at least run by this team that had factory support). It should sell for between $1,400,000-$1,900,000. Click here for more info and here for more from Bonhams at Goodwood.

Update: Sold for a mysterious sum of less than $1.4 million.