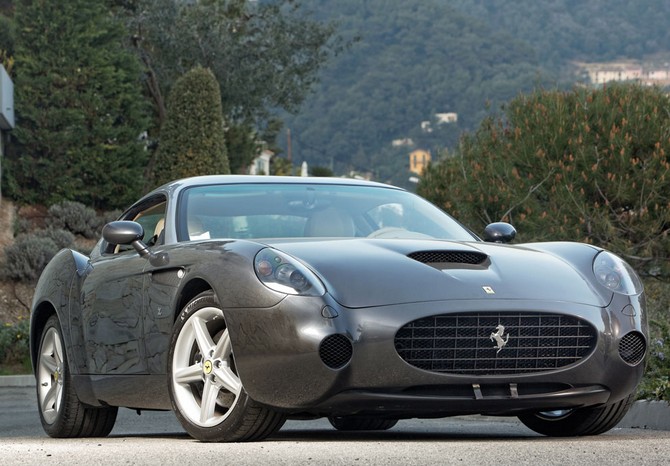 Coachbuilt cars are few and far between these days. Sadly, it’s becoming a lost art. But fortunately, there are still a few design houses out there that will custom fit a special body on the car of their customers’ choice. In this case, it happened to be a Ferrari 575M Maranello.

The 575M Maranello was the replacement for the very similar 550 Maranello. It debuted in 2002 and lasted through 2006. It uses a 5.7-liter V-12 making 508 horsepower. Top speed was a pretty awesome 202 mph. Ferrari built their own limited-run model: the 575M Superamerica with a retractable glass panel roof, which is a pretty cool car.

But not cool enough for Japanese Ferrari collector Yoshiyuki Hayashi, who custom ordered this specially-bodied, one-off 575M Maranello from legendary coachbuilder Zagato. The design hearkened back to the 250 GT Zagato and celebrated the 50th anniversary of the Ferrari 250. You should really check out more pictures on RM’s site here because this thing looks awesome from all kinds of angles (especially the back). You can also check out more from this awesome sale here. As far as price goes, I’m not sure – but it will be way cheaper than it cost originally.