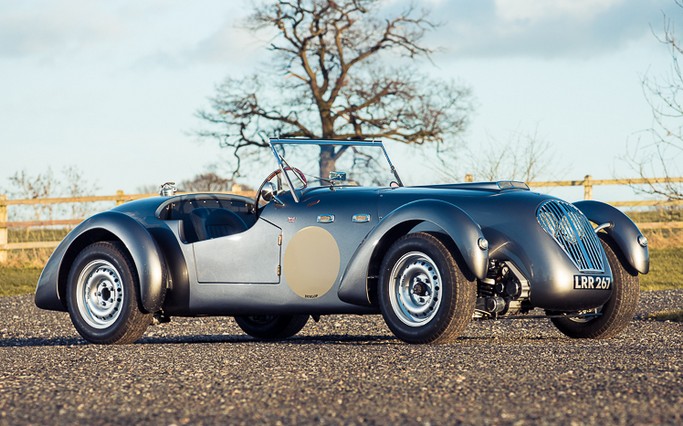 Ever write or say a word so many times that it no longer seems like a real word? That’s how I feel about “Silverstone” right about now. Donald Healey founded one of the first post-War automobile manufacturers, building his first car in 1945.

The Silverstone was named for the legendary circuit which hosted its first Grand Prix in 1948, just one year prior to this car’s introduction. It was only built for 1949 and 1950. The aluminium body was light and resembled an open-wheel car of the period, despite being perfectly suited for road use. The engine is a 2.5-liter Riley straight-four making 104 horsepower. One of the coolest things about this car is that the spare tire is housed in such a way that it is the rear bumper. 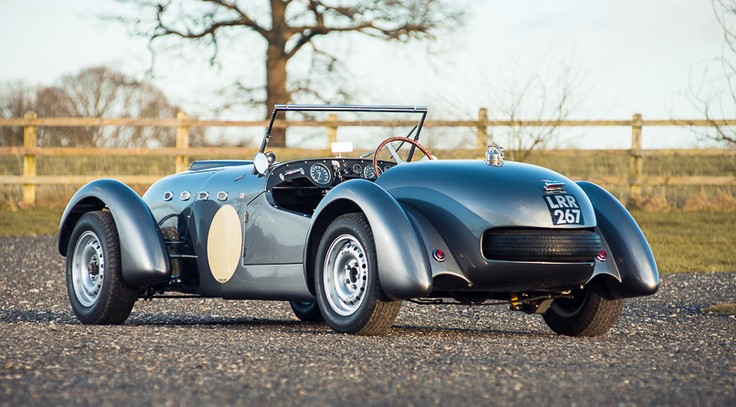 This is a 1950 model, so it has a wider, more comfortable cockpit (these wider cars are referred to as the E-Type model and has nothing to do with Jaguar). The cars were very successful in racing – sometimes even with Donald Healey himself at the wheel (he won the 1949 Alpine Rally in one of these cars). Only 105 were hand-built by the Donald Healey Motor Company, making them very rare today. This one is coming off a very nice nut-and-bolt restoration and should sell for between $265,000-$300,000. Click here for more info and here for more from Silverstone’s sale.