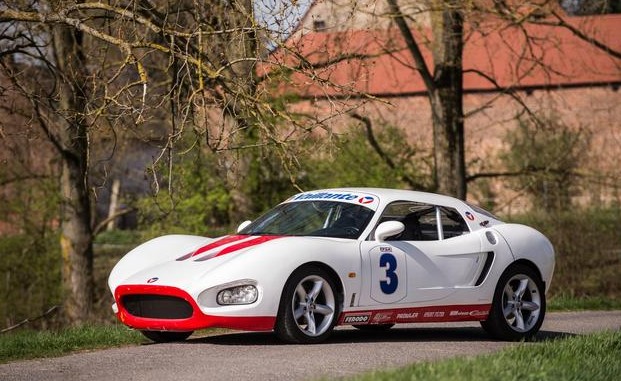 The Hommell Berlinette might be a car you know of it you actually owned one (or are a more-than-casual fan of the Gran Turismo series on PlayStation, where the car is among those you can purchase and race). But outside of those two limited circles, Automobiles Michel Hommell isn’t really well known.

The Berlinette was shown in prototype form in 1990 and in production form in 1994. The company lasted until the end of 2003. The Vaillant is a special racing edition of the Berlinette (although this car is road-registered and street-legal – in Europe anyway). It is named for the comic book character Michel Vaillant, of whom I know nothing about. The mid-mounted powertrain mirrors that of the standard Berlinette, featuring a 2.0-liter straight-four making 167 horsepower.

About 16 examples of the Vaillant were built and they were intended for a Celebrity racing series featuring celebrities that I’m sure I don’t know. At any rate, Hommells are very rare and are an attractive late-90s sports car for those who like them. This one should sell for between $83,000-$110,000. Click here for more info and here for more from Bonhams at Spa.