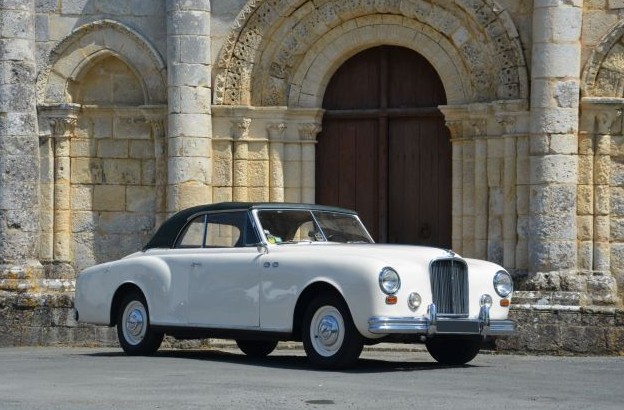 The Jaguar Mk VII wasn’t an exciting car. It shared a similar style to the Bentleys and Rolls-Royces of the era – or really, any large British sedan. It was built between 1950 and 1956 as four-door sedan only. And if that’s the case, then what do we have here?

A two-door version, of course, built as a stylish (for the era, although you could argue “plain” today) by Swiss coachbuilder Beutler. It features an all-aluminium body around the base Mk VII mecahnicals: a 3.4-liter straight-six making 160 horsepower. The car was shown initially at the Geneva Motor Show before being packed away back at Jag headquarters and eventually sold and registered in 1964.

The car retains its original engine, which as been refurbished, and the interior has been “renovated.” The catalog description does not mention a “restoration” anywhere. At any rate, this is a one-of-a-kind Jaguar that can be yours for between $82,000-$110,000. Click here for more info and here for more from Artcurial in Le Mans.