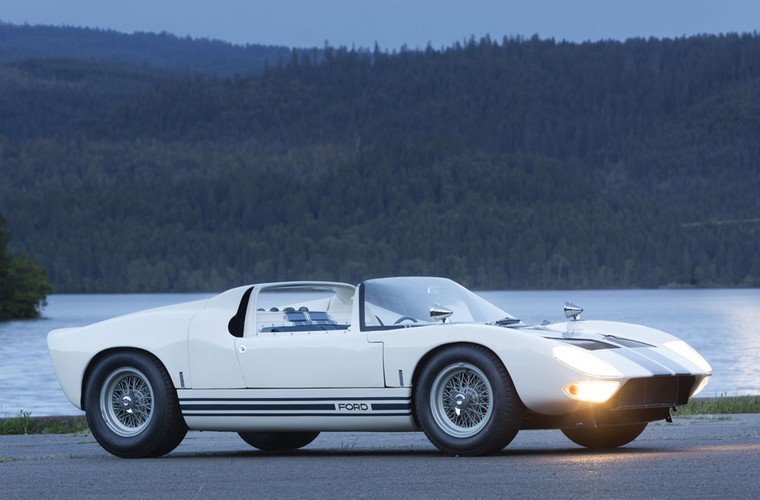 We’ve already featured a Ford GT40 Prototype, but what we haven’t featured is a Ford GT40 Roadster Prototype. That’s right, back in the 60s, Ford was adventurous and decided a GT40 with the roof chopped off might be a good idea. I can’t vouch for how good of an idea it was at the time, but it is certainly pretty awesome now.

Ford actually built a few of them, but this is the only one that has maintained its identity over all the years. The other three roadsters were converted to coupes or used as spares (at least one has been converted back to a roadster). This is the eighth GT40 Prototype built (of the twelve, total) and one of four roadsters.

This one uses a 4.7-liter Ford 289 V-8. It was a test car, mostly, and was never entered in competition. The most on-track action it ever saw was in the vintage racing circuit over the past 25 years. During testing, it was driven by Carroll Shelby, Jim Clark, and Ken Miles. It’s a once in a lifetime chance to get an as-built GT40 Roadster and it will likely cost you around $5 million. Click here for more info and here for more from RM in Monterey.