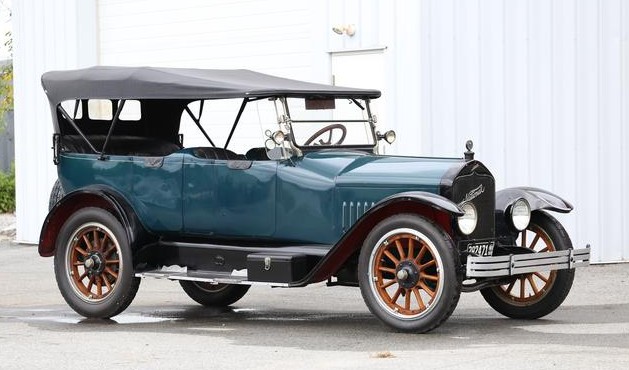 Nowadays when companies choose their names they have to think about thinks like “search engine optimization.” Obviously, back in 1900, SEO wasn’t a thing – otherwise the National Automobile & Electric Company may have chosen a different brand name to take to market, as “National” is pretty generic and doesn’t produce great Google results.

But anyway, I am a big fan of cars from about 1916 through the early 1920s. They more or less all look the same: four door tourers with wooden spoke wheels and a nice big radiator cap and MotoMeter out front. National built cars in Indianapolis between 1901 and 1924. The Highway Six was built between 1916 and 1920 and used a 5.0-liter straight-six making 41 horsepower.

This car is mostly original and has been restored “as-needed.” Bonhams sale at the Simeone Foundation in Philadelphia has been an awesome source of unrestored old cars for a few years now. This is a nice find. It should bring between $30,000-$50,000. Click here for more info and here for the rest of this sale’s lineup.