James Scripps Booth was the heir to a publishing fortune, and he hyphenated his last name when he founded the Scripps-Booth Cyclecar Company. A little bit earlier, he also built Detroit’s first V8 engine, before turning to light cyclecars.

More traditional (but still small) cars followed the 1914 tandem-seat Rocket. By the end of 1917, Scripps-Booth had been taken over by Chevrolet, and General Motors would fold the brand after 1922. The 1917-1919 roadster-only Model G was similar to the well-selling 1915-1916 Model C, except that the fuel tank had been relocated to the rear of the car (among a few other small differences). It was a three seater, with a tiny jump seat facing the front passenger seat.

Power was provided by a 22.5-horsepower inline-four. Alongside the G, the company sold the Model D, which was powered by Detroit’s second-ever production V8 engine. The car here hasn’t been started in a few years, but is interesting and will probably be a good deal. Click here for more info.

Peugeot set up a commercial vehicle plant in 1912, and from that factory they helped France’s WWI effort by producing trucks like this. This particular example was built as a troop carrier. After its military career ended, it was converted to civilian commercial use.

Used at the end and after the war by the French Armed Forces, the truck has since been bodied as a dropside pickup and flatbed. It was refreshed in the last three years and now has an estimate of $23,000-$28,000. Click here for more info.

Pierce-Arrow is known for its luxury cars, but from 1910 through the early 1930s they also produced light and slightly heavier-duty trucks. We’ve featured one of their WWI-era trucks, but this is a civilian model.

Or at least an industry model. It was originally used by a sawmill to haul lumber. But that didn’t mean the truck wasn’t about as nice as it could be. Technical details on this truck are lacking, but it’s probably powered by an inline-four engine.

One of the most interesting parts of this truck is the flatbed trailer that actually can be stacked on the flatbed of the truck when not in use. It’s restored to match. If you think antique commercial vehicles are hard to come by, try finding a period-correct trailer. This one is coming out of a museum, and you can read more about it here. See more from this sale here.

Mystery. Mecum’s catalog lists this as a 1918 Baker. But I don’t believe it. And here’s why: Baker Electric of Cleveland, Ohio, began producing electric vehicles in 1899, and in 1915 they merged with Rauch & Lang, one of their fiercest electric-car-making competitors. The Baker brand was phased out on passenger cars after 1916 (trucks soldiered on for a little bit afterward).

The Rauch & Lang brand continued on, selling nearly identical cars to the Baker through the late 1920s. The Baker-Raulang name (as the post-merger company was called) soldiered on in various fields and continues to exist as Linde Material Handling, a manufacturer of forklifts, among other things. This car is apparently being sold from that company, having never been titled.

I called it a Rauch & Lang because Baker didn’t exist in 1918, and the model name follows the same structure as other R&L cars. This is about as low-mile (3,211) of a 100-year-old electric car you are likely to find. You can see more about it here and see more from Mecum here.

Grant was founded by brothers George and Charles Grant in Detroit in 1913. The company then moved to Findlay, Ohio, for three years until 1916, when they relocated again to Cleveland. When they launched, they were a cyclecar producer, but as that fad subsided, Grant introduced six-cylinder cars and sales took off. Unfortunately, they began stockpiling for this newfound success, right when the post-WWI economy tanked.

Grant was stuck with a huge inventory and no one to buy anything. They closed in 1922, although a few commercial vehicles puttered out for a brief time thereafter. This Model G is from 1918 and is powered by a 22-horsepower inline-six. Four body styles were offered by the factory for the G, which was again available in 1919.

This particular example was owned by the same family from 1946 until 2011, when it was purchased by the current collection. Grants aren’t too common today, and this one will sell at no reserve. Click here for more info and here for more from this sale.

Adam Opel set up shop in 1862 to make sewing machines. He stuck around through a switch to bicycle manufacturing in 1886, but died before the company built its first car in 1899. Early Opels don’t come up for sale that often, though there are some to be found at classic car dealerships all over Germany. You certainly don’t see them in the U.S. all too often.

This one retains its original body and was parked unused in Sweden from 1939 until 1998. It has since been restored and is now expected to fetch between $125,000-$175,000. Click here for more info and here for more from Bonhams.

To win the very first Indianapolis 500 is kind of a big deal. Ray Harroun will be remembered for as long as that race continues… and then for another century or so. But after that 1911 victory, he retired from racing. And most people who know who he is have no idea what became of him after that.

Well, let’s backtrack. In 1905, Mr. Harroun built his own racing car before he got a job as a riding mechanic. So he knew his way around the mechanical parts of a car. In 1917, he set up shop in Wayne, Michigan, to build automobiles. And unlike some people who just slapped their name on the front of cars for the promotional benefit, Harroun actually designed the cars that carried his name. 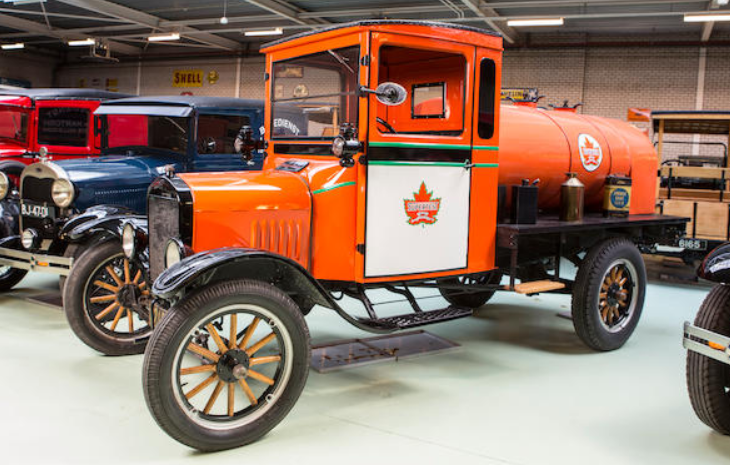 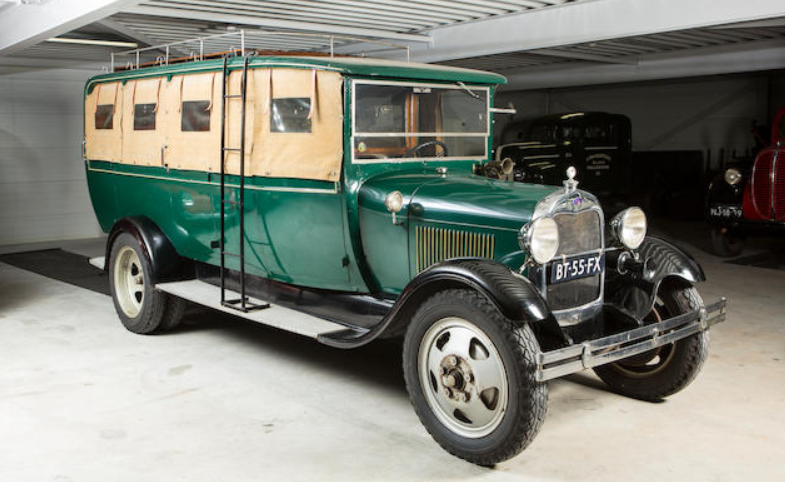 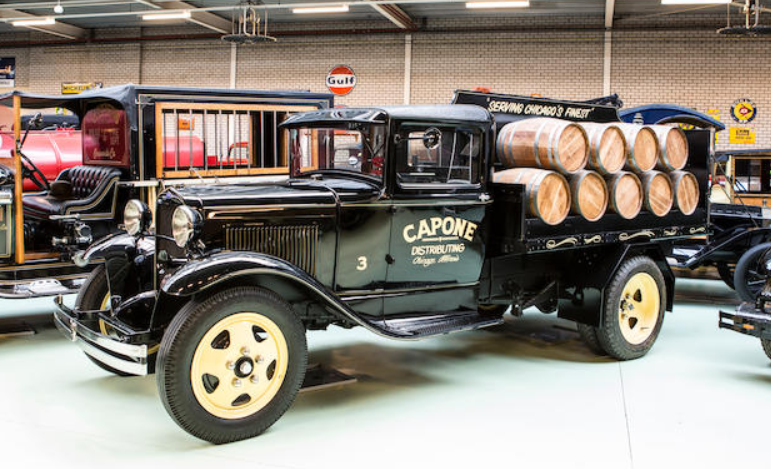