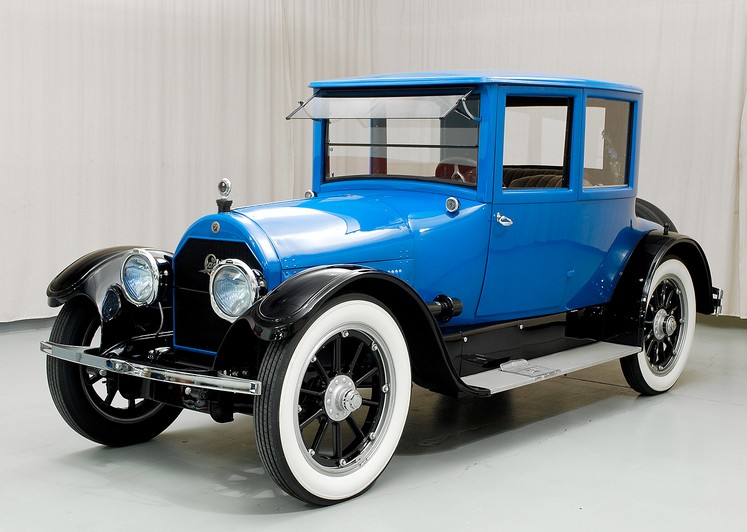 For sale at Retrolegends | Valkenswaard, Netherlands

Tell me “Valkenswaard” isn’t the most fearsome sounding name for a northern European city. It sounds like a battle in Norse mythology involving a giant anthropomorphic bird and a giant invincible sword. Anyway, this 1918 Nagant has been on sale for a while, and I really like it.

Nagant was an arms manufacturer founded in Liége, Belgium in 1859. The name is probably most familiar to firearms types because of the famous Mosin-Nagant rifle that was put into use by the Russian Empire 1891.

Nagant wasn’t the only firearms manufacturer to turn to automobiles (BSA comes immediately to mind). Cars were introduced in 1900 and they were mostly licensed copies from other manufacturers. Later cars of their own design used high-revving (for the time) engines capable of up to 4,000 rpm. I’m unsure as to the power output of this car, but it may have the sidevalve 14/16hp engine introduced by Nagant in 1913.

These were known to be well-made, fast and highly durable cars. The company was acquired by Imperia in 1931 but production had wrapped up in 1928. Price is “available upon request,” which probably means it is too high, as it hasn’t sold in the years it has seemingly been sitting there. Click here for more info (well okay, less info, but it is the site where it is for sale).

I’ve seen the Roamer described as a “cheap Rolls-Royce” and if you look at the radiator grille, you can kind of see a resemblance. Maybe “more affordable Rolls-Royce” is a better way of putting it. The Roamer was introduced in 1916 by the Barley Motor Car Company of Streator, Illinois. The company was founded by Albert C. Barley, Cloyd Y. Kenworthy and Karl H. Martin and as moved to Kalamazoo, Michigan in 1917. They would also built cars under the Barley and Pennant names.

The 54 horsepower model you see here was introduced in 1918. It uses a Continental Red Seal straight six. The four-passenger convertible body style is quite attractive – especially in white with bright red interior and wire wheels. Roamer built about 12,000 cars until they closed up shop in 1929 and they are rather rare today.

W.G. Hahn & Bro. built their first motorized vehicle in 1907 at their Hamburg, Pennsylvania wagon manufacturing plant. By 1913, they had changed their name to the Hahn Motor Truck & Wagon Co. as trucks were their primary business – from the smaller 3/4 Ton (like this one here), to trucks upward of 5 Ton payload capacity. Hahn built commercial trucks up until 1933, when they turned to fire trucks (they did offer trucks again for one year in 1941). The company continued with limited production of fire apparatus until it shut down in 1989.

This truck here is of the lighter variety, using a Continental 4-cylinder engine. It runs and drives. The bodywork is not original but is period correct. For being as rare (when was the last time you saw one?) as it is, the price is rather affordable, with an expected sale price between $10,000-$15,000. For more information, click here. And for the rest of Bonhams lineup at their Preserving the Automobile Sale at the Simeone Foundation, click here.