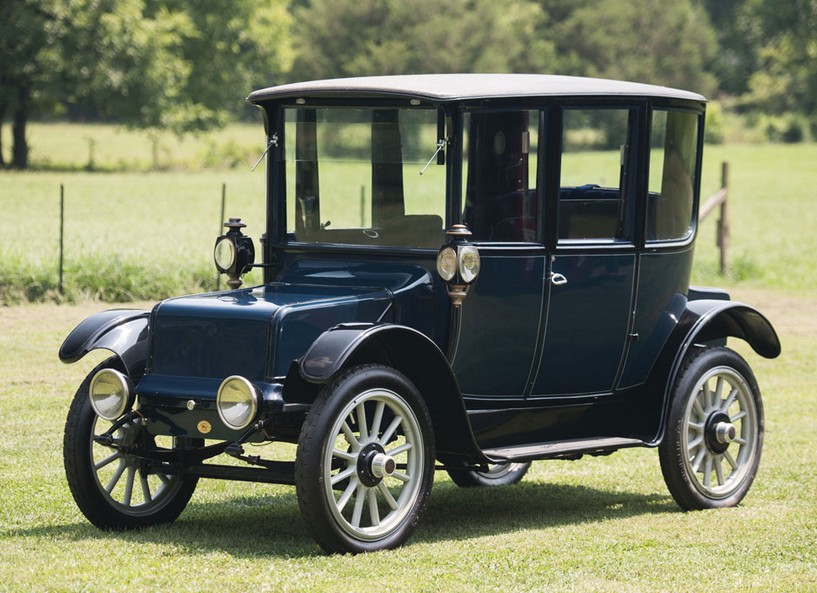 Rauch & Lang traces its history back to Jacob Rauch, a blacksmith in Cleveland who opened his shop in 1853. Charles Lang was a real estate man from nearby and moved the company toward wagon building. In 1905, they turned to electric cars and became one of America’s premier electric car builders in the early days of automobiles.

They built cars through 1928 and this 1920 Model C-45 is how most of them looked. The company moved from Cleveland to Massachusetts in 1920 (after having merged with Baker Electric in 1917) and this car was the final example produced in Cleveland. It uses a three horsepower electric motor. This car can be driven from the left hand seat either in the front or rear, which is pretty interesting. Try that in your Buick. Click here to see more about this car.