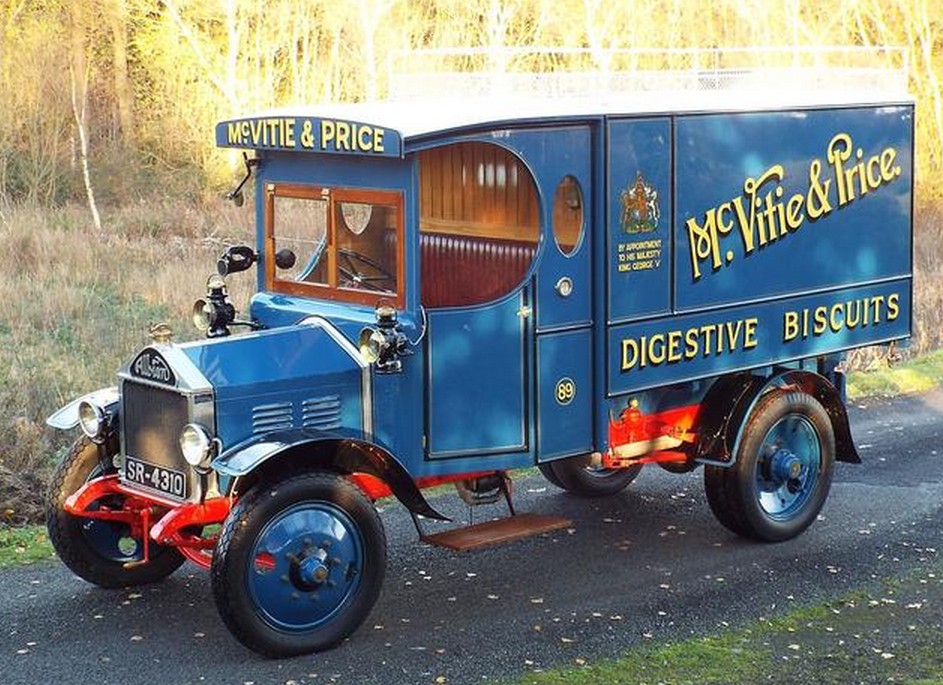 Albion is a rare Scottish-built automobile that was founded in 1899 by Thomas Blackwood Murray and Norman Osborne Fulton. In 1951 the company was acquired by Leyland but passenger car production had ceased in 1915. Commercial vehicles lasted until 1980.

The Albion Type 24 was built between 1924 and 1931 and was a mainstay of grocery delivery companies throughout the 1920s. The engine is a 3.9-liter straight-four. Albion vehicles were function-first: the cab is a bench seat with a steering wheel and brake and hardly any instruments. The rear compartment looks wonderful with its beautifully restored wood.

There’s a pretty good commercial vehicle collector community in the U.K. and this truck is well known in that arena. It’s a rare example of this kind of Albion and it can be yours for between $36,000-$44,000. Click here for more info and here for the rest of Bonhams’ lineup.