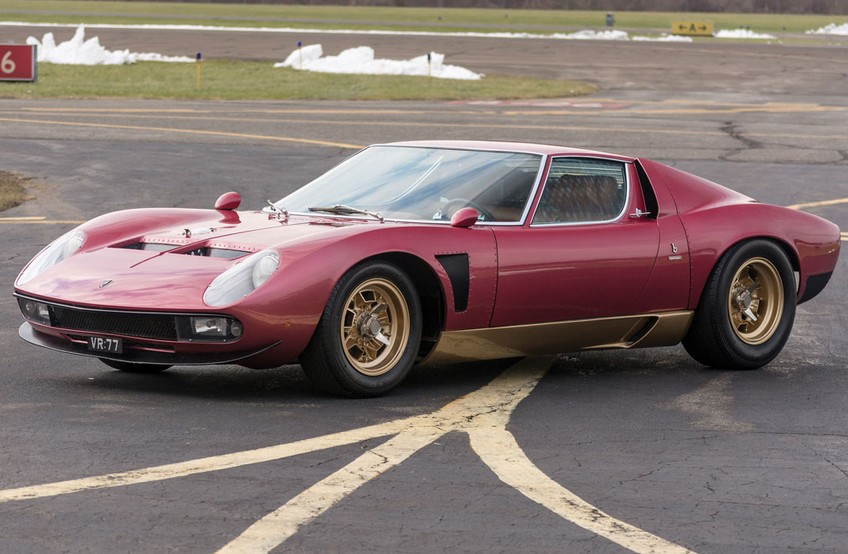 The Lamborghini Miura was the most extreme car to come out of the 1960s. In a way, it sort of kicked off the whole supercar thing. It had insane styling and mind-bending performance. The Miura was built between 1966 and 1973 and the Jota was a special variant that appeared in 1970.

Bob Wallace, Lambo’s test driver, wanted the Miura to take on Ferrari and Porsche on the international circuit (something Lamborghini still really doesn’t do). Wallace had a single Jota prototype built. It had more power and was essentially a race car for the street – but it was destroyed in 1971.

Customers got wind of this all-conquering Miura variant and they wanted one. So Lamborghini would, for a price, upgrade your shiny new Miura to SVJ specification. For example, this car began life as a standard Miura P400 SV but was upgraded by 1974 to SVJ spec. The engine were slightly tuned – the 4.0-liter V-12 now made 385 horsepower.

Between five and seven of these factory conversions were done between 1971 and 1975 (with an additional one done in the 1980s). A handful of other cars have had less official conversions, all of them done in the aftermarket. The current owner acquired this example in 2010 after it had spent some time in Japan before being restored in the late 1980s. It can now be yours. Click here for more info and here for more from this sale.