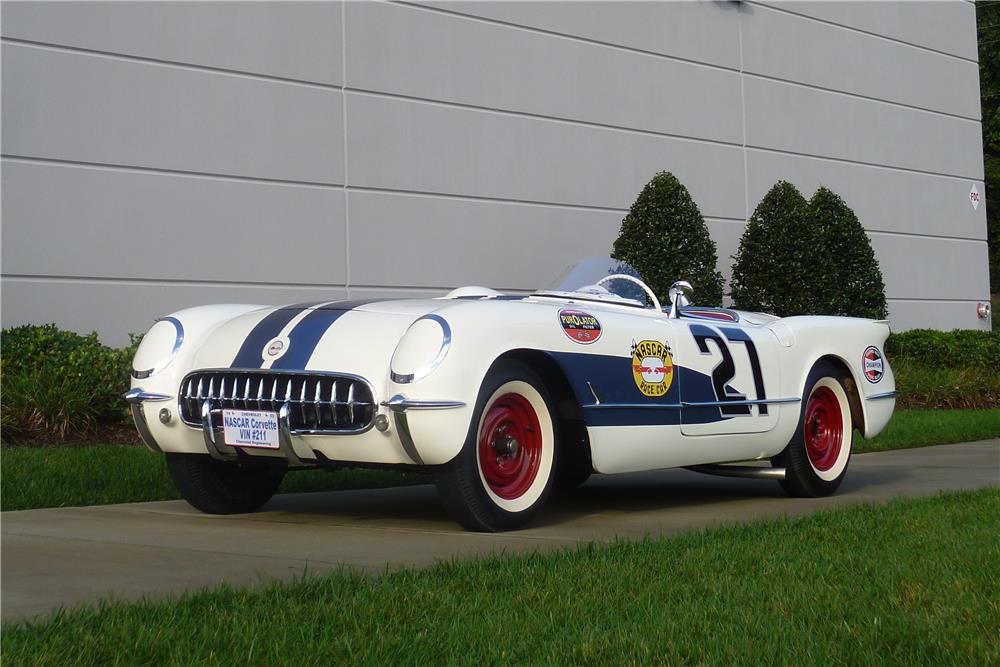 The Corvette is one of America’s signature automobiles – it’s the signature American sports car of all time. And America’s most-popular form of motorsport is NASCAR… so it’s only natural that there exists a Corvette with NASCAR history.

This car is said to have ran on the beaches of Daytona and at tracks such as Martinsville, Raleigh and Bowman Gray Stadium (although I have been unable to verify this). This is a super-rare piece of racing and Corvette history and should command a large sum. I actually saw this car in person this year and got to see it drive (video here, it sounds great!). I asked the representative of ProTeam Corvette who was guarding the car if they were selling anything interesting from their reserve collection this year and he failed to mention that this very car was going to cross the bliock. Oh well, I can buy it now if I so choose. Click here for more info and here for more from Barrett-Jackson.

Here’s some actual video of it: