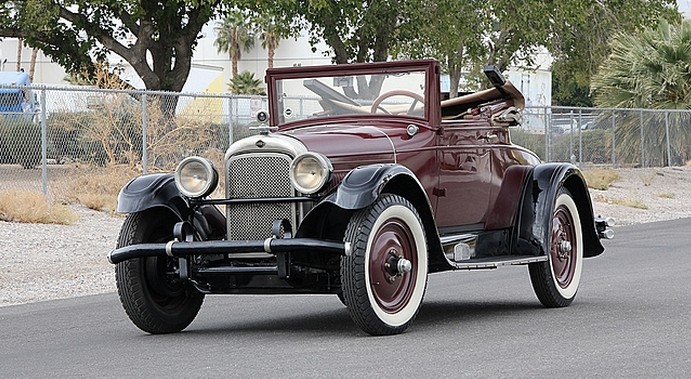 Nash Motors Company was founded by Charles W. Nash, a former G.M. president, in 1916 when he acquired the Thomas B. Jeffrey Company. Nash branded cars went on sale in 1917. The company would  go on to become part of American Motors, with the Nash name disappearing after 1957.

This Special Six wears an attractive body from the Seaman Body Corporation, which from 1919 was part of Nash. The Special Six nameplate dates back to 1925 and lasted through 1929. It was Nash’s mid-range model for 1928 (a year in which they only offered six-cylinder models). It was slotted between the Standard and Advanced Six models.

The engine is a 3.7-liter straight-six making 52 horsepower at 2600 rpm. This Model 341 Cabriolet retailed for $1,290 in 1928. It has a rumble seat and rear-mounted spare tire. It shows very nice. Click here for more info and here for more from this sale.