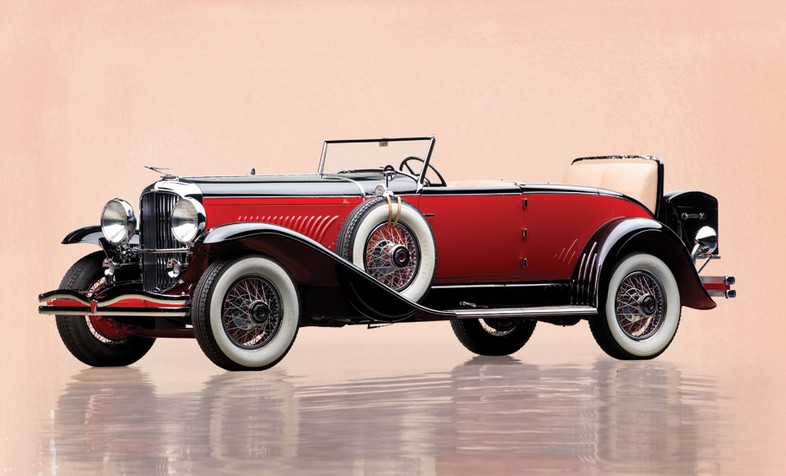 Here is another Duesenberg from the Andrews Collection. This is also a highly desirable version. The Disappearing Top Convertible Coupe is a very attractive, very sporty body style and it was done by the Walter M. Murphy Company, the most prolific Duesenberg coachbuilder.

Unlike the car we featured a week ago, this is an un-supercharged Model J, meaning that the 6.9-liter straight-eight puts on “only” 265 horsepower. This car has an interesting history as, for a large portion of its life, it was in collection of Pacific Auto Rentals – who provided cars for movies. This car has a number of credits to its name, regularly showing up on screen between 1949 and the late 1970s.

In the 80s, it became part of the Imperial Palace Collection and was eventually acquired by Dean Kruse of Kruse Auctions. It has been in the Andrews Collection likely since 2008, when it sold at an RM sale for $2,640,000. Click here for more info and here for more from this sale.