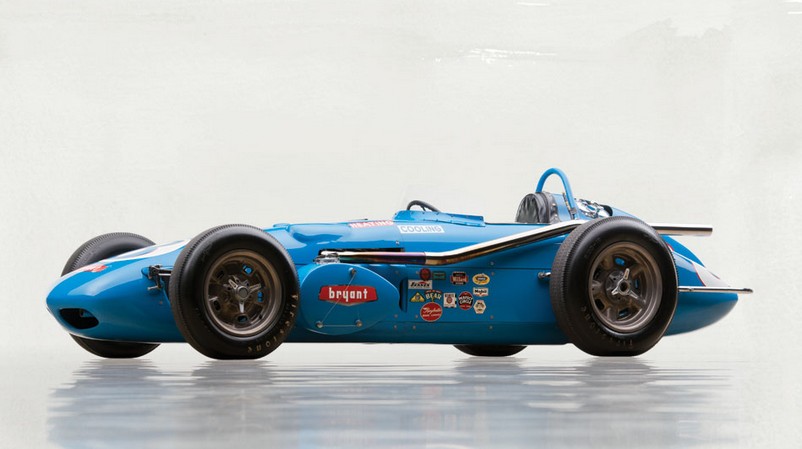 A.J. Watson and Fred Offenhauser are two legendary names associated with the Indianapolis 500 – names that, to Indy faithful, are right there with Foyt and Unser. Watson built his first car (for himself) in 1947. In 1955 he modified a Kurtis KK500C which ended up winning the 500. In 1956, Watson built his first Indy Roadster from scratch. He would go on to build only 22 more.

This car was built in 1960 and was run for a few years thereafter. Its competition history includes:

The ’62 500 was the final race for this car (because it was crashed), which didn’t fare too well there. It is powered by a 4.2-liter Offenhauser straight-four. The car was discovered in the early 1980s and was restored thereafter to its 1961 Indy livery. It has been back to Indy since (driven by Sutton in some warm up laps) and was displayed at the NHRA museum.

Watson Roadsters are very rare – even more so in private hands. This one should bring between $700,000-$800,000. Click here for more info and here for more from this sale.