Once upon a time, there was a company called San Diego Steel Products, and they made exhaust headers. It was owned by a guy named Chuck Chenowth, and he wanted to go racing at Indianapolis. He built an Indy roadster and stuffed a 4.2-liter Chevrolet V8 up front in an era when an Offenhauser-powered Anything dominated each race. Bold move.

It’s got Hillborn fuel injection and a Lehman front-drive unit to operate the fuel and water pumps as well as an Offenhauser gearbox and Halibrand wheels. The body was actually designed by Don Kuzma, another legendary name of the period. The Chenowth name is still around, although primarily associated with off-road racing today.

Unfortunately, this car never made a 500. It failed to arrive for the 1960 race and failed to qualify in 1961. It was more successful on the USAC short-track circuit, where it was driven by the likes of Tom Sneva, Mike Magill, and Greg Weld. It was restored near Cincinnati in the 1980s and is now offered with an estimate of $175,000-$225,000. Click here for more info and here for more from this sale.

Quin Epperly is another legendary mid-century name associated with the Indianapolis Motor Speedway. His cars first showed up at the 500 in 1955 and would continue to run there until the mid-engined revolution took hold.

This car is another Offy-powered roadster, originally equipped with a 255ci inline-four. The competition history for this chassis includes:

Like so many other Indy roadsters, it was once part of the Bob McConnell collection for a number of years. It has been restored to its 1962 500 livery. It really looks the part of bad-ass Indy roadster, doesn’t it? The pre-sale estimate is $350,000-$450,000. Click here for more info and here for more from this sale.

A.J. Watson and Fred Offenhauser are two legendary names associated with the Indianapolis 500 – names that, to Indy faithful, are right there with Foyt and Unser. Watson built his first car (for himself) in 1947. In 1955 he modified a Kurtis KK500C which ended up winning the 500. In 1956, Watson built his first Indy Roadster from scratch. He would go on to build only 22 more.

This car was built in 1960 and was run for a few years thereafter. Its competition history includes:

The ’62 500 was the final race for this car (because it was crashed), which didn’t fare too well there. It is powered by a 4.2-liter Offenhauser straight-four. The car was discovered in the early 1980s and was restored thereafter to its 1961 Indy livery. It has been back to Indy since (driven by Sutton in some warm up laps) and was displayed at the NHRA museum.

Watson Roadsters are very rare – even more so in private hands. This one should bring between $700,000-$800,000. Click here for more info and here for more from this sale. 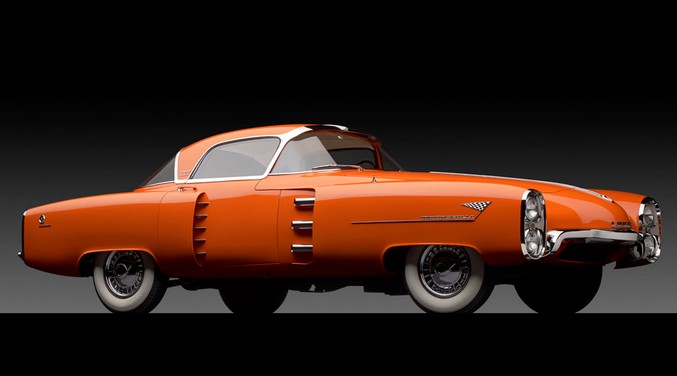