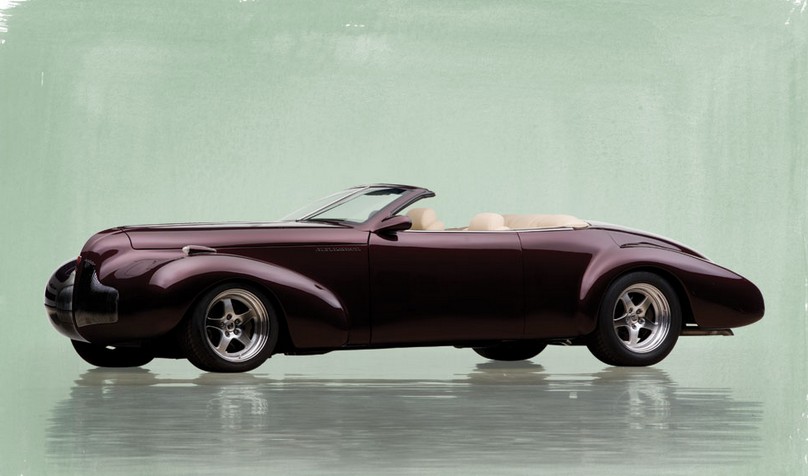 This extremely long-looking convertible hot rod was actually built by General Motors to celebrate 100 years of Buick. Even though the Motor Division wasn’t founded until 1903 (the year public sales began), David Dunbar Buick founded his company in 1899, building engines and prototypes.

The car was built to showcase the best things Buick had done in the past century. In 1938, GM designer Harley Earl created what was essentially the first “concept car” – the Buick Y-Job. This car takes some of its design inspiration from that car – and also the 1940s Buick Roadmasters.

The engine is a 463 horsepower 7.5-liter V-8 from a 1970 Buick GS Stage III. It went on the auto show tour in 2001 and was very popular. After the shows, it went back to the GM Heritage Collection until GM had to thin it out during bankruptcy. It was then sold to the current owners at a Barrett-Jackson sale in 2009 for $522,500.

As it was a show car, it wasn’t really well-engineered. So the new owners made it derivable. It’s a fantastic piece of Buick (and GM) history and is a true factory custom show car. It is expected to bring between $300,000-$450,000. Click here for more info and here for more from The Andrews Collection.