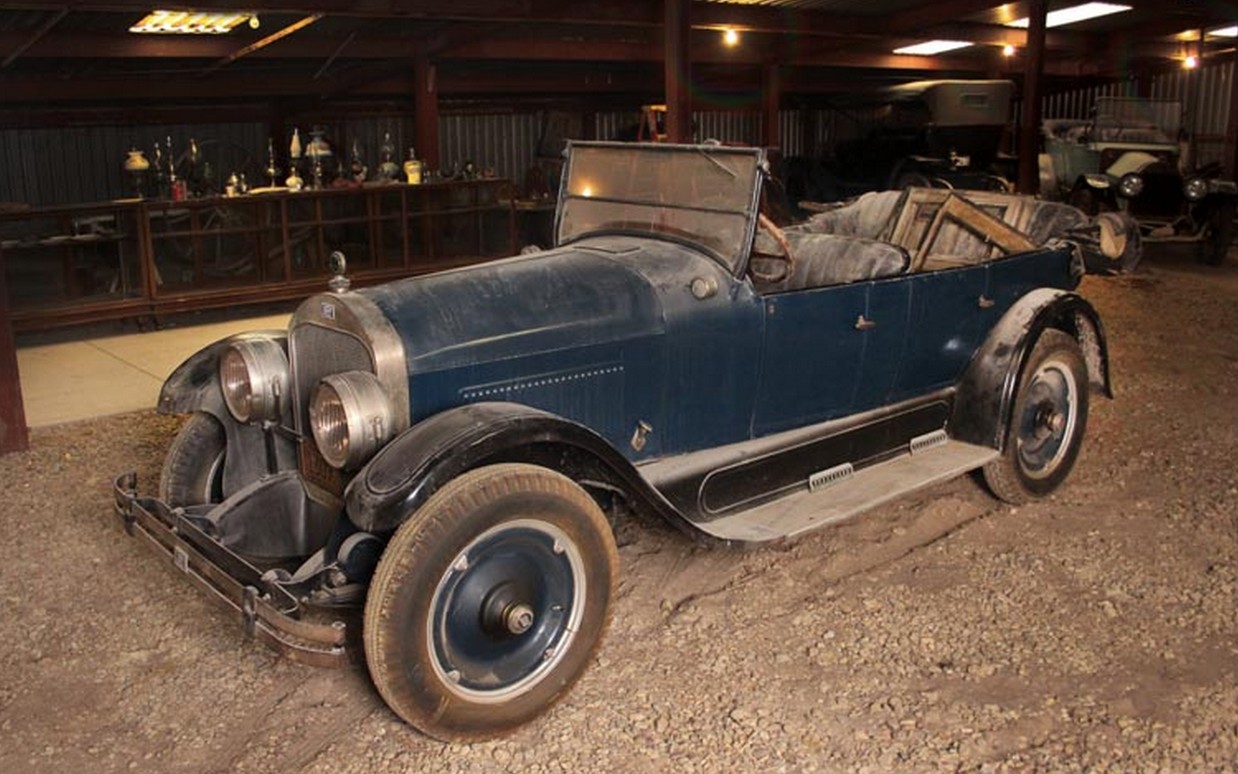 The Flint was a motorcar sold by the Durant Motors Company for a few short years in the 1920s. Billy Durant’s story is an interesting one. After he was forced out at General Motors, he went out and founded his own General Motors, but called it Durant. It was to have a full line of automobiles, and included marques Durant, Star, Rugby, Locomobile, and Flint.

The Flint was an assembled car, built out of parts Durant could buy on the open market instead of designing one from the ground up. Actually, the design of this car came with a factory he bought, a former Willys factory. The cars were produced in Long Island City from 1923 through 1924 before production shifted to Elizabeth, New Jersey and Flint, Michigan until 1926. The Flint factory ceased production a year before the rest of production halted in 1927.

The Model E was the only car offered by Flint in 1923 and 1924. It uses a 65 horsepower straight-six Continental engine. This original tourer has been in long-term storage and will need a bit of freshening before being roadworthy. At any rate it should sell for between $40,000-$60,000. Click here for more info and here for the rest of Worldwide’s auction lineup.