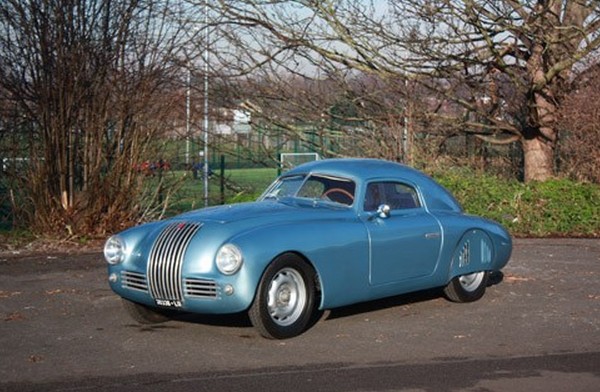 The Fiat 1100 was produced in many forms between 1937 and 1969. Post-war cars didn’t technically go on sale until 1949 as the 1100E, but between the end of the war and resumption of passenger car production, Fiat built a racing variant based on the pre-war 1100 and called it the 1100S

Based on the 1100B, the car featured a 1.1-liter straight-four making 51 horsepower. Bodies were offered from a few coachbuilders and all were relatively streamlined. The effect was a top speed of nearly 100 mph. This is perhaps one of the best examples of the streamlined coachwork with a sleek front end and a sweeping rear.

The body is by Carrozzerie Speciali – Fiat’s own in-house coachbuilder. It’s gorgeous. It is quoted that Fiat built 401 examples of the 1100S, but that number is likely pretty high. In reality, far fewer were actually built. A car with this much style seems like a bargain with an estimate between $65,000-$72,500. Click here for more info and here for the rest of Coys’ lineup.