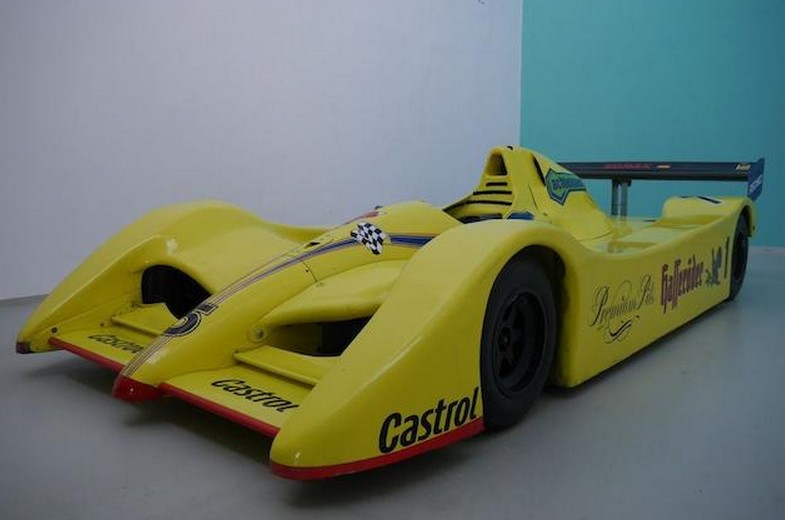 Walter Lechner Racing is a racing team and a racing school based in Austria. They’ve competed in Porsche Supercup for over the past decade, but in the early 1990s they tried their hand at prototype sports car racing. They commissioned Reynard to build them a car. It was called the Lechner Spyder SC91. This is actually that car, but with newer bodywork and a different name.

This chassis was raced competitively between 1991 and 1999 under a variety of different names with revised bodywork as it went. The chassis is from ’91, hence the model year listed, but the bodywork (and name) it currently carries come from later on in the decade. It was originally fitted with a 3.5-liter Judd V-10 but now wears a 4.0-liter BMW V-8. Some highlights for this car include:

Good Lord! That’s a lot of podium finishes, not to mention an extended racing life for a type of car that normally doesn’t stay that competitive for that many years. At any rate, this thing has been raced privately and is ready to run. You can buy it for between $130,000-$200,000. Click here for more info and here for more from this sale.