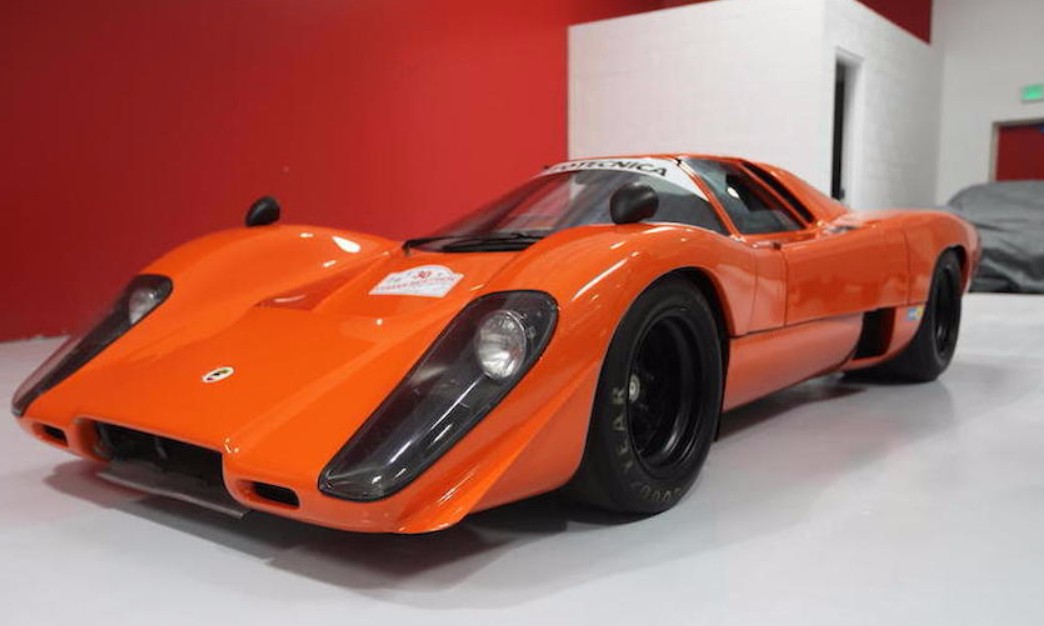 New Zealander Bruce McLaren founded the racing team that still bears his name to this day in 1963. McLaren was killed in 1970 in his own Can-Am car in a crash at Goodwood. Needless to say, his legacy is alive and well.

McLaren Can-Am cars were some of the best in the late-60s and early-70s. The M6A was their car for 1967. 1968 brought the M6B and for the 1969 24 Hours of Le Mans, the company was developing a closed-coupe sports car called the M6GT. In order to race it in a sports car class, they had to build models for the road. The plan didn’t work out, and only three prototypes were completed – two of which were converted from M6B Can-Am cars, and one, which was a road car built from scratch. The first road car was sold to a customer in the U.S.

The two converted M6Bs were converted to road cars and Bruce McLaren used one as a daily driver. This is the other one. It was sold to a racer named David Prophet who actually raced it for a little while. It was restored in 1996 and is perfect for the road today. It uses a 5.0-liter Chevrolet V-8 making 370 horsepower. It’s as sleek as a race car and can do 180 mph. While it may look like a kit car or something, this is a legitimate McLaren road car – the grandfather of the F1. It should sell for between $210,000-$260,000.  Click here for more info and here for more from Bonhams.