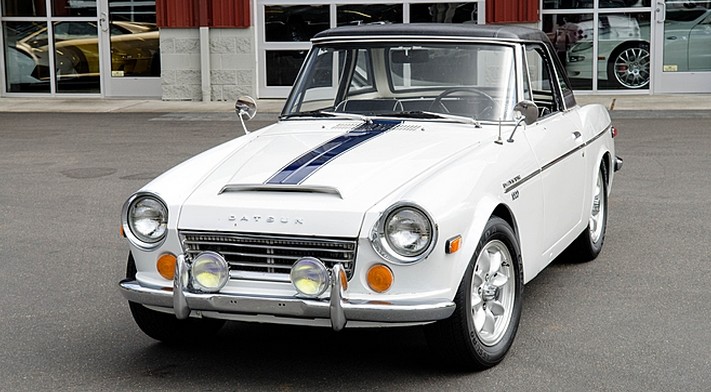 Some old Japanese cars are becoming very collectible. But then there are those that even Joe Car Guy car afford – and that’s what this is. Generally, there aren’t Japanese cars from before about 1960, so the hottest ones right now are from the late ’60s and early ’70s.

The Datsun 1600 was marketed as the Datsun Fairlady 1600 in its home market of Japan. Fairlady was (and still is) not a term that Nissan has really ever used on export models. The 1600 was built between 1965 and the beginning of 1970, making this a very late example. It is powered by a 1.6-liter straight-four making 95 horsepower. And it’s pretty light.

This car is actually very nice and is claimed to have 59,610 original miles, which seems hard to prove. It has great Minilite-style wheels, chrome bumpers, and driving lights. Think of this as a less-common MGB. It’s light and fairly quick. It would be a lot of fun. Click here for more info and here for the rest of Mecum’s auction lineup.