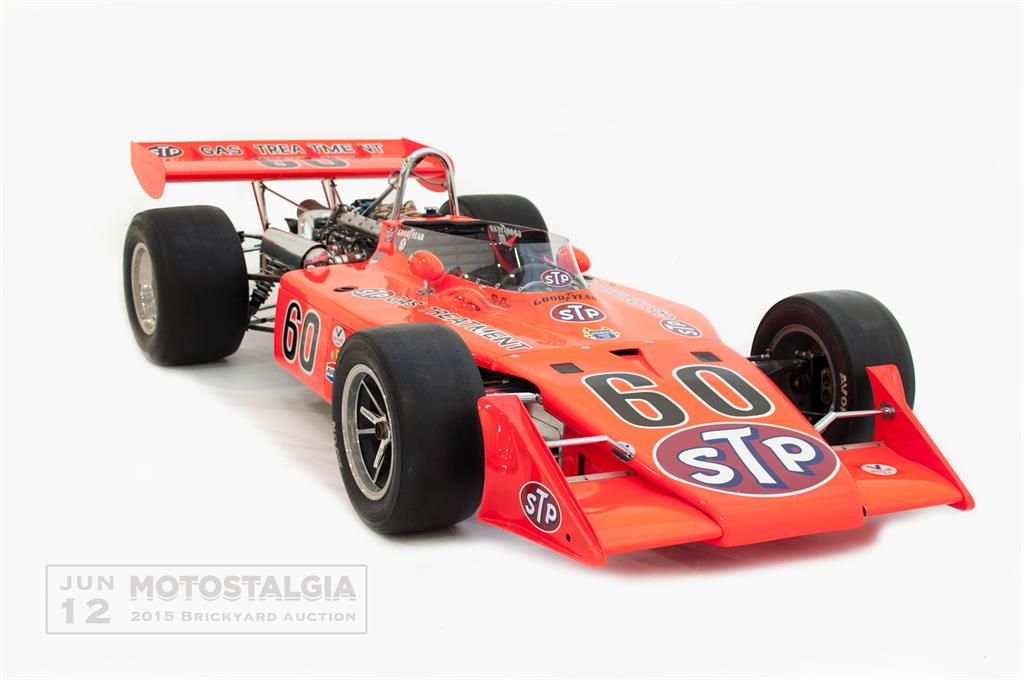 Dan Gurney’s All American Racers (AAR) built some amazing Indy cars an F1 racers back in the day. This STP-liveried Indy Car looks amazing – and it’s not just the paint job. It represents classic Indy style. To borrow the old cliché, It looks like it’s going 200 mph just sitting there.

The engine is a turbocharged 2.6-liter Drake-Offenhauser straight-four making 750 horsepower. That is more than today’s Indy Cars. This particular car notched three wins with Wally Dallenbach in 1973 and it’s Indy history includes:

Interestingly, this was also the very car that Roger Mears made his Indy Car debut in, finishing 6th at California in 1978. In total, 29 of these 7200s were built. This one has been completely restored and has been on display at the Indianapolis Motor Speedway Museum and the Riverside International Automotive Museum. It sold at an RM sale last August for $341,000 and is offered now with an estimate between $375,000-$435,000. Click here for more info and here for more from this sale.