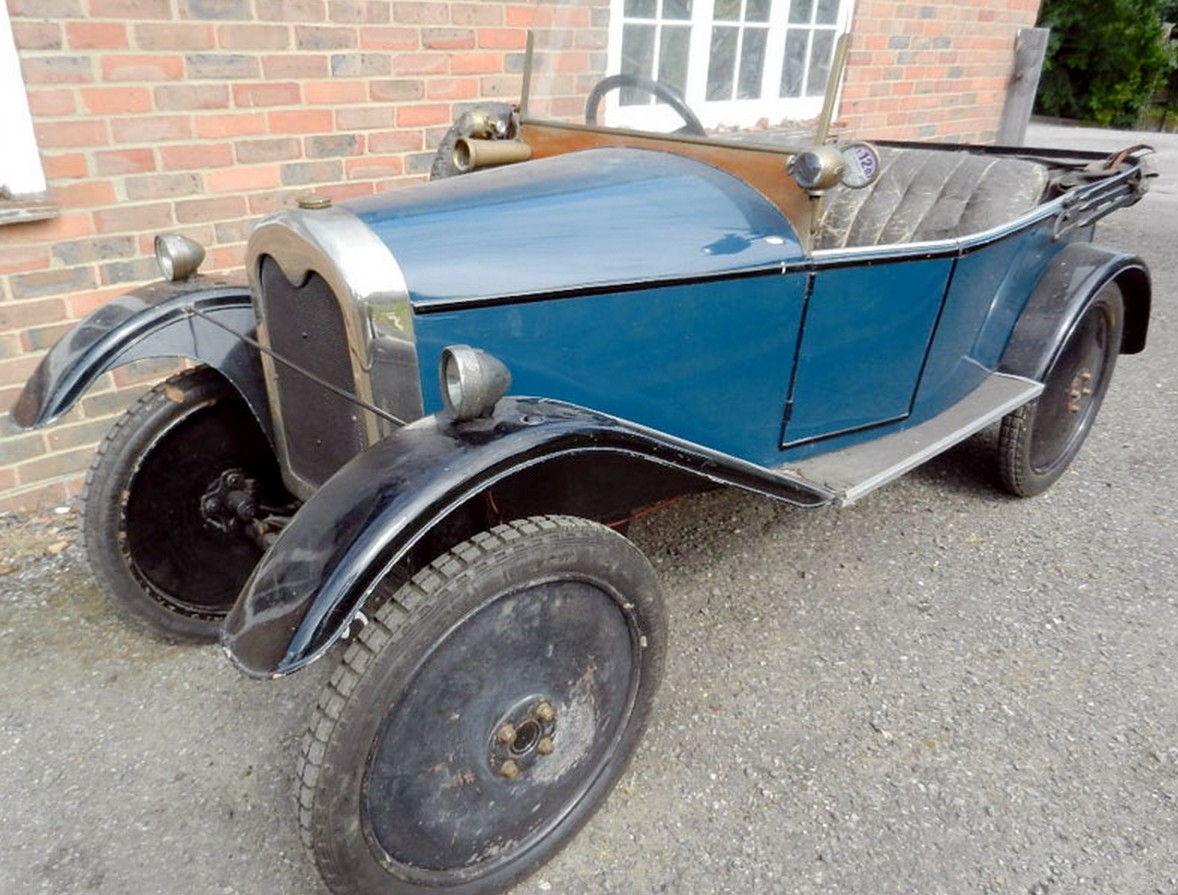 Carden Engineering was founded in 1913 by Sir John Carden. They built a car called the Carden that was a light, seven horsepower cyclecar. The company took a break during the First World War (Carden is known for his work on tanks) and came back in 1919.

Carden designed a light car in 1922 which was built by Arnott & Harrison Ltd of London between 1922 and 1925 as the New Carden. It is powered by a 707cc twin-cylinder engine.

This particular car was last running in 2007 but is described as “highly original.” It is a former museum car and is one of only six known to exist. It’s very rare and very interesting. It also has one of our favorite 1920s design touches: solid metal wheels! Anyway, it should bring between $15,750-$19,000. Click here for more info and here for more from this sale.