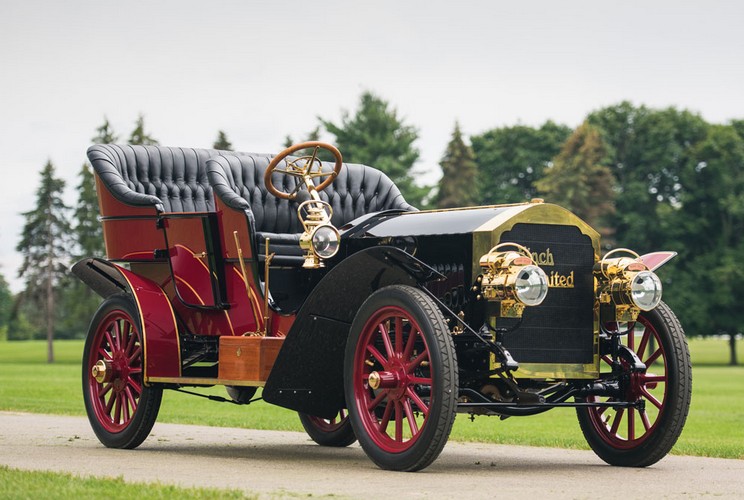 This is a car you’ve likely never heard of. W.A. Pungs and his son-in-law, E.B. Finch, joined forces in late 1904 to create an automobile company. Finch was the engineer and Pungs was the money. They built a couple hundred cars through 1910 when, um, “familial issues” caused the two to part ways.

This car is wonderfully engineered. It features shaft drive and hemispherical combustion chambers. The engine is an absolutely massive 10.6-liter straight-four making 50 horsepower. That’s right, each cylinder displaces almost as much as the engines in the two cars in my garage combined.

The Pungs-Finch – which really isn’t a great name for an automobile, let’s be honest – Limited Touring likely never progressed beyond this, the prototype stage. It was found and rescued in the 1950s and was once owned by Henry Austin Clark, Jr. The restoration is somewhat new, as is the body (it is a faithful recreation of the original, as the original was lost). At any rate, it’s the only Pungs-Finch in existence and, as much as I don’t want to sounds like a teenager, this car is epic. Click here for more info and here for more from this sale.