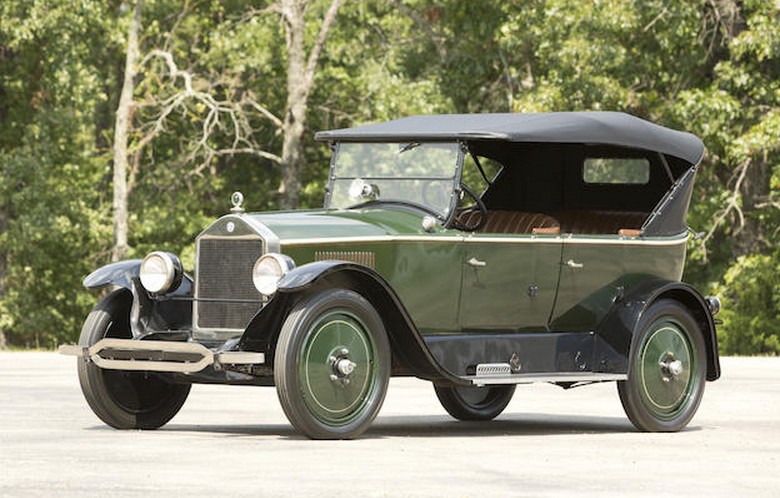 Like Moon, Dort was an automobile manufacturer from the 1920s that featured solid rims on a lot of their cars. It was a company that was co-founded by Billy Durant (and Josiah Dort) as the Flint Road Cart Company in the 1880s. Dort started building cars in 1917 (Durant had already jumped ship). Josiah Dort died in 1923 and 1924 was the final year for Dort automobiles.

The 25-K is powered by a 3.2-liter straight-six. It was Dort’s big car and the five-passenger Sport Touring was one of eight body styles offered. This particular car was once owned by William Harrah and JB Nethercutt. It should sell for between $20,000-$30,000. Click here for more info.