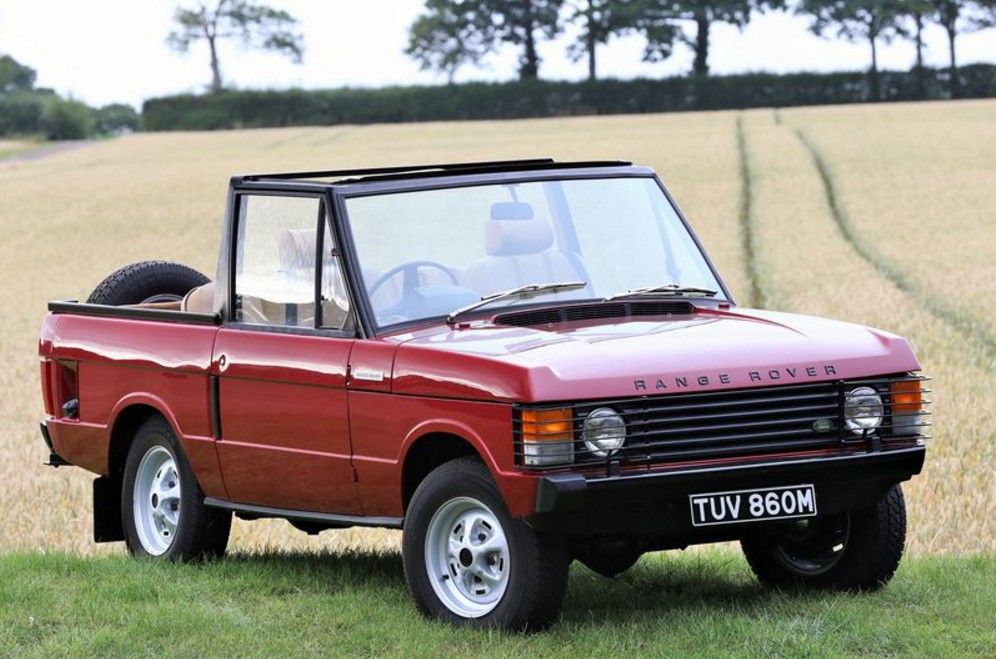 Nowadays, Range Rovers are synonymous with Rodeo Drive and uppity neighborhoods everywhere. While still the most capable vehicle on Earth, most are pampered and driven to Whole Foods and not the unknown expanses of the planet. When did that start? There’s an argument that it could’ve been with this car.

There’s also a new James Bond movie out and there’s been a lot of talk about the advertising power of Bond. Well, this vehicle speaks to that, too. In the film Octopussy, Roger Moore (as James Bond) drove a convertible Range Rover. After that, demand existed, so Special Vehicle Conversions Ltd. of Sussex offered such a vehicle.

So what about that Rodeo Drive thing? Well, convertibles aren’t practical in any sense of the word, especially with “go anywhere” type trucks. It’s for fashion. But you know what, it looks great and is surely loads of fun. This example has been restored and should bring between $54,000-$61,000. Click here for more info and here for more from this sale.