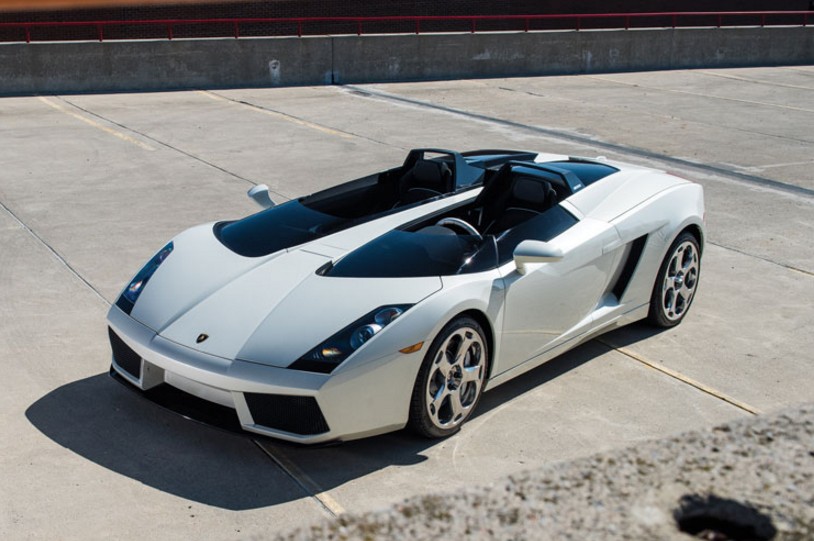 This car is one of the stars of RM’s New York City “Driven by Disruption” sale. It’s very rare that a Lamborghini concept car comes up for sale. This concept debuted at the Geneva show in 2005 where it was a design study only. It was quite popular, which led Lamborghini to build a running example that was shown at the 2006 Concorso Italiano. This is that car.

It’s obviously based on the Gallardo and uses the donor car’s 513 horsepower 5.0-liter V-10. It was the only example built. And because it does have, just barely, a windshield, it is street legal. It has covered less than 200 kilometers in its life.

Shown twice at Pebble Beach already, this is a car that will always be valuable. It could bring up to $3 million and has had only one owner since it was bought off the display stand. It’s really cool and its cockpit is reminiscent of the Italdesign Aztec or even a Can-Am car. It is certainly cool. Click here for more info and here for more from this sale.